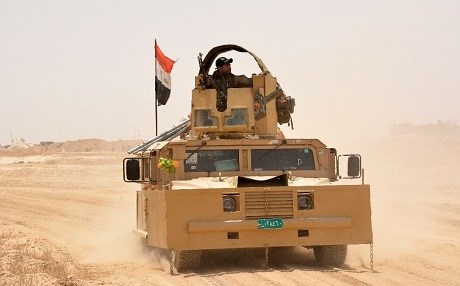 Artillery from France is arriving at the frontlines in the war against Islamic State in Iraq and a French aircraft carrier is preparing to leave for the Middle East in advance of the operation to retake Mosul, the French Defense Minister announced on Tuesday.

“We decided to bolster our support of the Iraqi forces this autumn, with the aim of recapturing Mosul,” Jean-Yves Le Drian stated at a meeting of military officials in Paris. “At this very moment, artillery is arriving close to the frontline.”

France was the first country to join US-led airstrikes in Iraq in September 2014. French special forces are on the ground in both Iraq and Syria and France has provided arms and supplies to Syrian rebel groups and the Peshmerga.

In June, Paris delivered two shipments of military aid to the Peshmerga. The shipment contained a number of MM98 missiles, ammunition and hand grenades, night-vision binoculars, and special-made army food.

France’s resolve to fight the terrorist group has grown after several terror attacks were carried out on French soil.