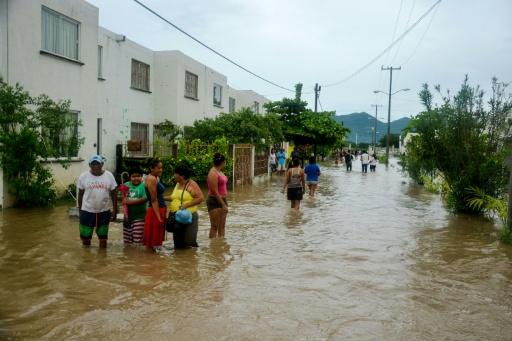 Floods and landslides caused by a tropical depression have damaged or affected some 70 homes and schools and trapped around 200 people in the Mexican resort town of Acapulco, authorities said Sunday.

Heavy rainfall also trapped around 200 people in their housing complex, who had to be air evacuated by police, marines and the army. The residents were taken to a temporary shelter, according to Guerrero Governor Astudillo Flores.

The state has already deployed Mexican army troops under a disaster plan.