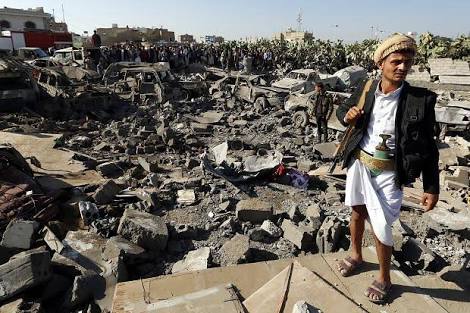 The Yemeni news agency SABA has claimed that Saudi fighter jets have dropped the internationally-banned cluster bombs on several areas in the district of Baqem in the northern province of Sa’ada on Sunday.

As recently as May 6, Human Rights Watch criticized the United States for selling cluster munitions to Saudi Arabia.

The United Nations have made no comments on these latest allegations in which Saudi Arabia have committed many atrocities in Yemen.