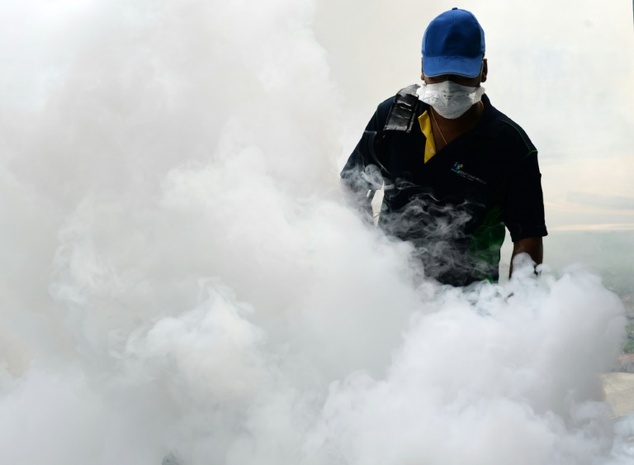 Malaysia reported its first locally transmitted case of the mosquito-borne Zika virus on Saturday, news likely to add to fears of a full-blown outbreak in the tropical nation.

The patient was a 61-year-old male resident of the eastern Malaysian state of Sabah, the Ministry of Health said.

It said local transmission was highly likely because the man had no recent history of travelling outside Malaysia.

The statement came just two days after Malaysia reported the first Zika case on its soil — a 58-year-old woman who is believed to have contracted it on a visit to neighbouring Singapore, where 150 cases have been confirmed.

A study published Friday in The Lancet Infectious Diseases journal said at least 2.6 billion people could be at risk from the virus in mosquito-ridden parts of Africa, Asia and the Pacific.

Zika, which is spread mainly by the Aedes mosquito, has been detected in 67 countries and territories including hard-hit Brazil.

It causes only mild symptoms for most people such as fever and a rash.

But pregnant women who catch it can give birth to babies with microcephaly, a deformation marked by abnormally small brains and heads.

Malaysia already has struggled in recent years to control the spread of Aedes-borne dengue fever, and has been bracing for Zika after Singapore reported a surge in cases beginning a week ago.

“Zika cases are expected to increase further (in Malaysia), especially if prevention activities for Aedes are not seriously taken up by the community, individuals and other relevant agencies,” the health ministry statement said.

Malaysia has stepped up screening of travellers from abroad, particularly Singapore, and fogging with mosquito-killing chemicals while urging the public to eliminate mosquito breeding sites such as stagnant water.