Home » Sports » Serena, Murray storm through on rainy day at US Open 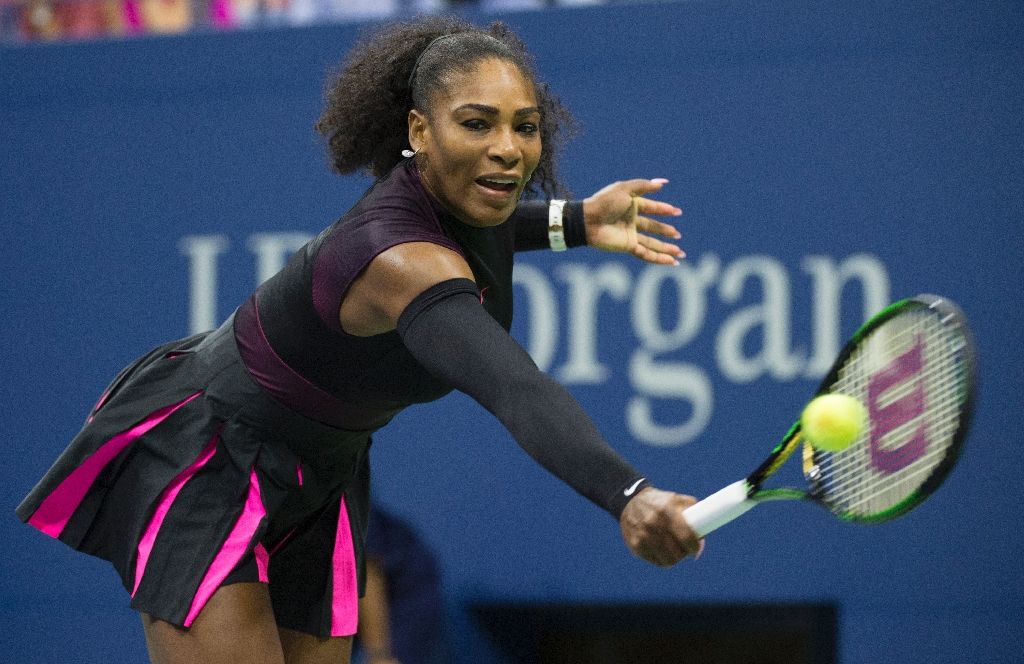 Serena, Murray storm through on rainy day at US Open

Wimbledon champions Serena Williams and Andy Murray raised the roof at the US Open, powering into the third round with decisive straight-sets victories.

World number one Williams defeated fellow American Vania King 6-3, 6-3, her 306th Grand Slam singles match win tying her with Martina Navratilova for the most ever for a woman.

Williams is stalking history on the hardcourts of Flushing Meadows, seeking a seventh US Open title and a 23rd Grand Slam singles crown which would both be Open Era records.

She fired 13 aces, with a total of 38 winners against 87th-ranked wild card King, and said the troublesome right shoulder that has hindered her since Wimbledon wasn’t a problem.

“So far, so good,” said Williams, who was cheered on by rap mogul Jay Z and his pop superstar wife Beyonce as she booked a meeting with 47th-ranked Swede Johanna Larsson for a place in the last 16.

The win marked Williams’ first match under the new roof of the Arthur Ashe stadium, which was closed all day after early showers that disrupted play on the outside courts.

By the time she opened the night session the rain had actually tailed off.

Murray, however, played with the rain drumming on the $150 million retractable roof, adding to the noise that has long been a hallmark of America’s Grand Slam.

Murray, who followed up his Wimbledon triumph with a second straight Olympic gold in Rio, didn’t let the unfamiliar din distract him in a 6-4, 6-1, 6-4 victory over tenacious Spaniard Marcel Granollers.

“We’re lucky that we get to play under the roof because otherwise there’d be no tennis,” Murray said. “It’s good for everyone.”

However, he acknowledged that the acoustics were problematic.

“You can’t hear anything, really,” said Murray, who is trying to become just the fourth man to reach all four Grand Slam finals in the same year.

Nevertheless, Murray looked on his way to a routine victory over 45th-ranked Granollers with a 4-1 lead in the opening set, but wasted two set points in dropping his serve in the ninth game before finally breaking Granollers in the next on his seventh set point.

“Thankfully I got through that 5-4 game and then the momentum was back with me,” said Murray, who broke Granollers twice in the second set and once in a tightly contested third to seal the win.

As the showers lingered, 11 doubles matches scheduled for outside courts were cancelled and some remaining matches reassigned.

Juan Martin del Potro, who has undergone four wrist surgeries since lifting the US Open trophy in 2009, was scheduled to close the action on Ashe against 19th-seeded American Steve Johnson.

Venus Williams, the sixth seed whose seven Grand Slam titles include two US Opens, coasted to the 70th US Open match win of her career 6-2, 6-3 win over Germany’s Julia Goerges.

The elder Williams, bedevilled by 63 unforced errors in a scrappy first-round win over Ukrainian Kateryna Kozlova, cut that to 17 in a crisp performance against 64th-ranked German Goerges.

Among those who didn’t have the luxury of the roof, 2014 finalist Kei Nishikori of Japan waited out a third-set rain delay en route to a 6-4, 4-6, 6-4, 6-3 victory over 20-year-old Russian qualifier Karen Khachanov.

The 26-year-old Broady’s aggressive game paid off early, but finally her 37 winners and 36 unforced errors were no match for the canny Radwanska’s 28 and nine.