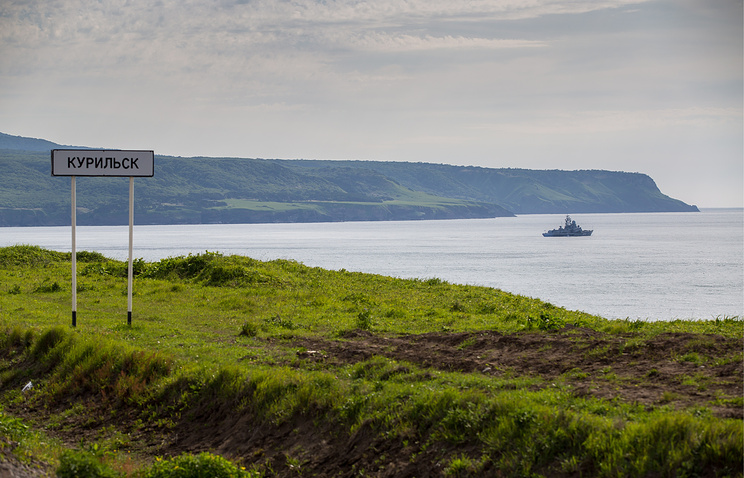 Russian President Vladimir Putin and Japanese Prime Minister Shinzo Abe will discuss the Kuril Islands at a meeting in Vladivostok on Friday, but this issue will not be the main one, Russian presidential spokesman Dmitry Peskov told reporters on Thursday.

When asked whether the Kuril Islands issue will be raised, Peskov noted it will arise “for sure.” There were contacts in Moscow (on the issue) between the Foreign Ministries,” the Kremlin spokesman said. “An exchange of views will take place.”

However, in his view, the Kuril Islands issue will be “far from the most important on the agenda.” Peskov mentioned the development of trade and economic cooperation between Russia and Japan among the main topics of the Putin-Abe talks. He recalled the eight-point plan of the trade, economic and investment cooperation between the two countries, which was analyzed by the Russian side. “In other words, the bilateral relations are quite intense, and this will be the main thing during the negotiations,” he said.

However, the Kremlin spokesman declined to comment in detail on the agenda on the upcoming meeting. “The negotiations will take place tomorrow, and making any estimates on such sensitive issues ahead of these talks would be wrong,” Peskov said.

The problem of the southern Kuril Islands is the key obstacle to patching up the Russian-Japanese relations and signing of a peace treaty. After World War II, all Kuril Islands were made part of the Soviet Union. But Japan does not agree that the islands of Iturup, Kunashir, Shikotan and the Habomai island group belong to Russia. Tokyo calls the islands the “Northern Territories”.