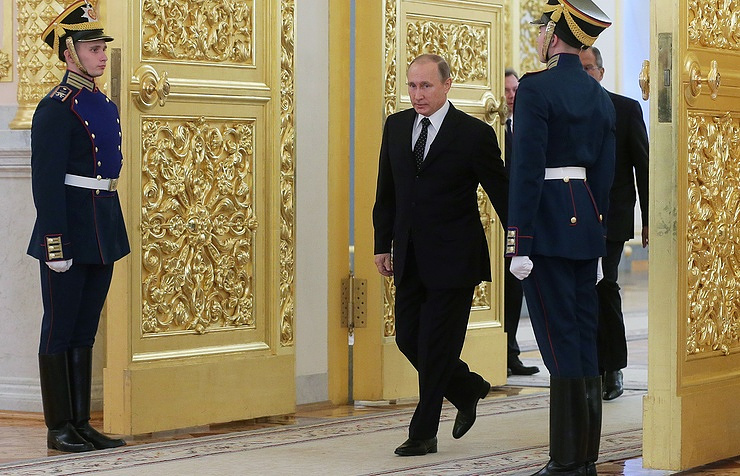 The Kremlin has confirmed that Russian President Vladimir Putin has met students from Britain’s prestigious Eton College in the Kremlin. “It was a private trip of Eton students,” presidential Press Secretary Dmitry Peskov told journalists.

He said the meeting had taken place slightly over a week ago and had lasted for about 30 minutes. “Father Tikhon delivered a speech in front of them (the college graduates) some time ago. They wanted to expand their contacts and asked Father Tikhon to help them meet President Putin,” the Kremlin spokesman explained.

According to him, it was a private meeting behind the closed doors. The students were free to communicate with the Russian president. “It was interesting both for the young people and for the president,” Peskov said refusing to go into details.

He also refused to comment if Father Tikhon was Putin’s spiritual advisor. In addition to the church service, Father Tikhon is also engaged in public activities.

The news about the Eton students’ unexpected visit to President Putin appeared in the Times newspaper some time ago. Nineteen British prime ministers and the endless row of statesmen and public figures have graduated from the famous Eton College.

The Times wrote that the students were on a private secret mission whose aim was to melt the ice between the East and West.

The Eton students later thanked Bishop of Yegoryevsk Tikhon (Shevkunov) for arranging their meeting with Putin. Tikhon is the vicar of the Patriarch of Moscow and All Russia and the vicar of the Moscow Sretensky Monastery.