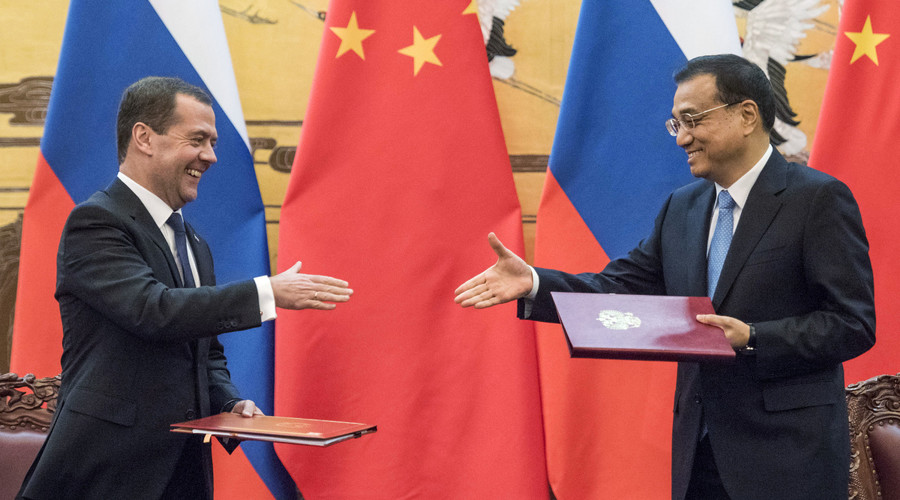 Russian, Chinese premiers will meet in St. Petersburg in November

St. Petersburg has been chosen as the venue, where Russia’s and China’s prime ministers will be meeting on November 7-8, Russian First Deputy Prime Minister, Igor Shuvalov, told reporters today.

“A meeting between the Chinese and Russian prime ministers will be held in St. Petersburg on November 7-8,” Shuvalov announced, speaking at the Eastern Economic Forum in Vladivostok.

The meeting’s agenda includes talks on hammering out an agreement for a large Eurasian partnership that may include the Eurasian Economic Union (EAEU) members, India, China, Pakistan and other countries willing to join it.

The first stage could be an accord between Russia and China, which can be signed within two years.

“Essentially, we could draw up and sign such an agreement (implying free-barrier trade) within two years and it could be signed in various forms. The simplest option is if Russia and China sign an agreement open to others. Another alternative is an agreement with the EAEU open to other participants,” he said.

He voiced his confidence that Russian products have obvious advantages. “If we add very cheap debt capital to our advantages today, even the Chinese will not be able to compete with us,” he stressed.