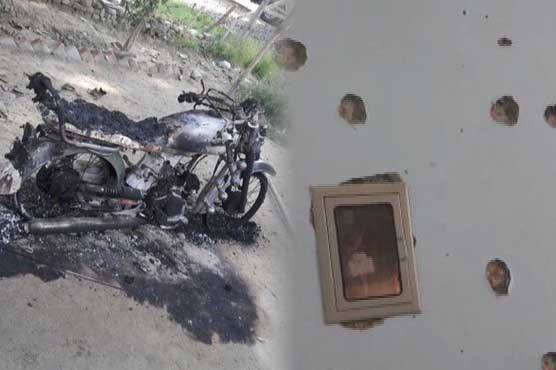 At least four suicide bombers were killed in an exchange of fire with the security forces in Peshawar s Christian Colony today morning.Soldiers backed by army helicopters exchanged gunfire with terrorists in suicide vests who had tried to attack the colony near Warsak Dam, just north of Peshawar, the army said.

According to ISPR, the suicide attackers equipped with arms and ammunition entered the area after hitting a security guard at 5:50 am.

Five persons including two Frontier Corps (FC) personnel, one policeman and two civilian guards have also been injured in the attack.

The “situation is under control,” the statement said, adding that troops were now carrying out a house to house search of the area.

Security forces while cordoning off the area tightened the security whereas aerial surveillance was also conducted.

Additional contingents of police, FC and Pakistan Army were deployed in the area whereas Warsak Road has been closed for traffic.

Security of schools located in the area is tightened and emergency has been declared at Lady Reading Hospital.

A search operation on Warsak Road is still ongoing.

The army launched an operation in June 2014 in a bid to wipe out militant bases in the tribal areas and so bring an end to the bloody insurgency.