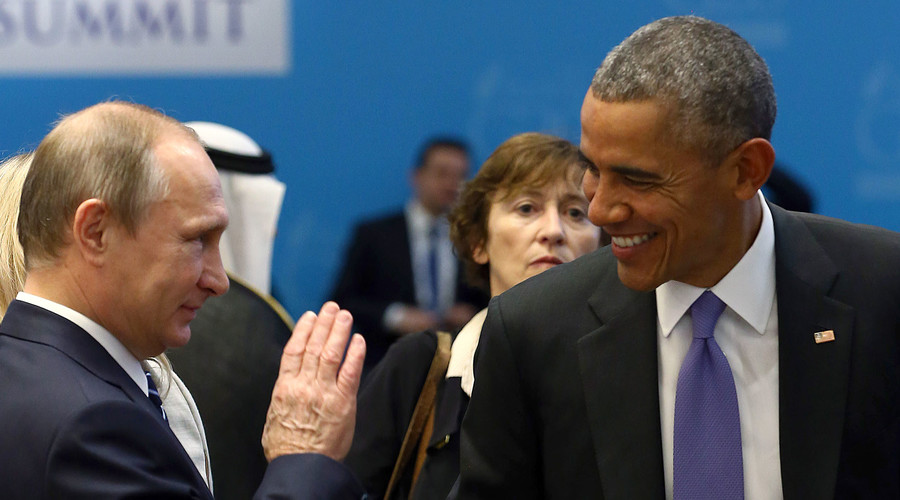 Kremlin: Moscow hopes Putin and Obama will meet on the G20 summit sidelines

Russian President Vladimir Putin and U.S. President Barrack Obama will be able to communicate with each other on the sidelines of the G20 summit in China on September 4-5, the Russian President’s Press Secretary Dmitry Peskov told TASS.

“We also hope (for such an opportunity),” Peskov said.

The last Putin-Obama meeting took place on the sidelines of the International Climate Change Conference in Paris late in November last year. The two presidents met each other once again at the G20 summit in Turkey held on November 15-16, 2015.

Apart from the G20 summit in China, the Russian and U.S. presidents will have another chance to meet each other at the APEC summit on November 18-19, 2016 before Obama leaves the White House in January next year.