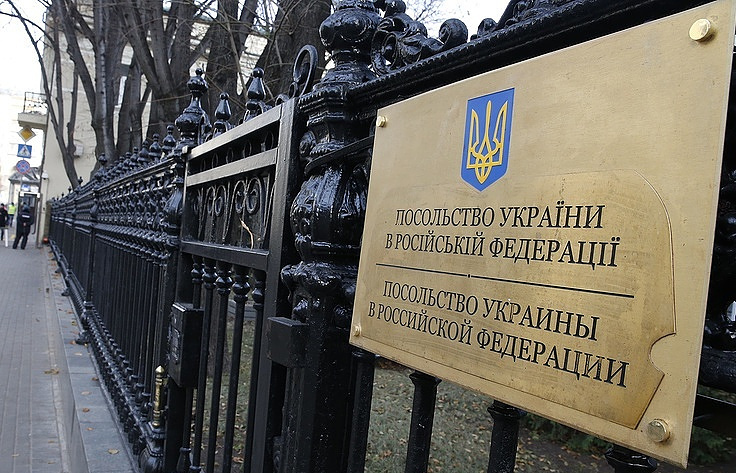 A group of young people gathered near the Ukrainian embassy in Moscow to protest against an attack by Ukrainian radicals on a Russian federal agency in Kiev, a TASS correspondent reports from the scene.

The protesters chanted the slogans: “Hands Off Our Diplomats!” “Fascism Won’t Pass!” and “Junta Must Be Brought to Account!” The protesters set alight flares and pelted the embassy with eggs.

The police asked the protesters to disperse as the action had not been authorized. After that, the youths left the scene, chanting the slogans: “We Remember Odessa, Remember Donbass!” and “We Won’t Forget, We Won’t Forgive!”

Earlier on Saturday, Ukrainian radicals attacked the building of the Russian Federal Agency for the Commonwealth of Independent States, Compatriots Living Abroad and International Humanitarian Cooperation (Rossotrudnichestvo) in Kiev. The radicals hurled smoke pellets at the mission’s building and painted the walls with their insignia. Police arrived at the scene. However, none of the attackers was detained.