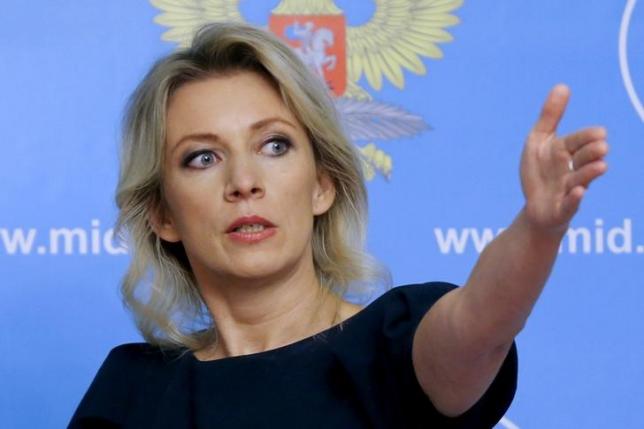 Russia demands that the Ukrainian authorities should strictly comply with their commitments to ensure security of Russian agencies in Ukraine, Russian Foreign Ministry spokeswoman Maria Zakharova said in a statement today commenting on the attack on the Russian Science and Culture Center in Kiev on August 27.

“Moscow demands from the Ukrainian side strict compliance with its international commitments, including under the Vienna Convention on Diplomatic Relations, to ensure safe work of Russia’s offices located in this country,” the statement said.

According to Zakharova, the attack was pre-planned and became possible due to connivance by the law enforcement agencies.

“It is obvious that this action was well-planned and became another manifestation of Russophobic hysteria that has been gaining momentum in Ukraine,” Zakharova said. “One cannot but feel surprise over the inactivity of Ukrainian law enforcement agencies whose connivance made it possible for the radicals to commit the night-time hit-and-run raid.”

This march of events looks strange “against the background of the just-held meeting between representatives of the Russian federal agency for cooperation Rossotrudnichestvo with the leadership of the Ukrainian law enforcement agencies concerned devoted to the security of the Russian cultural center.”

The Ukrainian authorities should realize that connivance to radicals and their illegal activities may entail grave consequences,” she said.

A group of nationalists attacked the Rossotrudnichestvo building in Kiev overnight to August 27. Radicals threw smoke pots at the buildings and painted their symbols on the walls. Prior to that, the building was attacked on July 14. And on July 7, about 30 members of the Svoboda political party led by Igor Miroshnichenko, a Kiev City Council deputy, broke into the building occupying premises on the second floor.