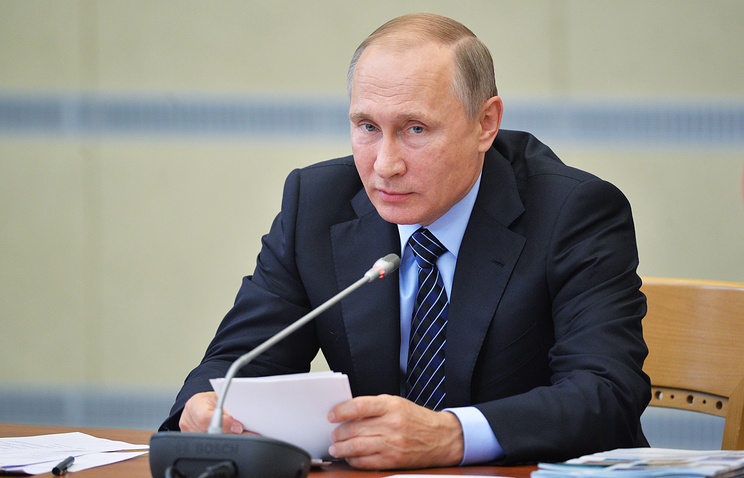 Russian President Vladimir Putin and his Turkish counterpart Recep Tayyip Erdogan have discussed in a phone conversation the situation in Syria, the Kremlin press service said on Friday.

The conversation was held at the initiative of the Turkish side.

“The leaders had a detailed exchange of views on the situation in Syria. The importance of joint efforts in the fight against terrorism was noted,” the Kremlin stressed.

Russia’s Aerospace Forces started pinpointing strikes in Syria at facilities of the Islamic State and Jabhat al-Nusra (terrorist organizations banned in Russia) on September 30, 2015, at the request of Syrian President Bashar Assad.

Ankara declared on Wednesday morning that the Turkish army had begun an operation into the territory of neighboring Syria. Turkish armor and ground troops, including commando units, in cooperation with the allied armed groups of the Syrian opposition crossed the border into Syria. Ankara said the purpose of its military operation is the struggle against the Islamic State terrorist group and Kurdish militias.

Damascus condemned the operation saying it regards such actions as an outright violation of Syria’s sovereignty.

“The discussion concerned further development of Russian-Turkish cooperation in the political, trading and economic spheres in the context of the agreements achieved at their meeting in St. Petersburg on August 9,” the Kremlin said.

“It was agreed to continue personal contacts over issues on the bilateral and international agenda,” the Kremlin’s press-service said without specifying what contacts it was referring to. By the end of the year Putin and Erdogan will have an opportunity to meet on the sidelines of the G20 summit in China on September 4-5.

At their meeting in St. Petersburg the two leaders agreed to systematically resume the operation of the main mechanisms of interaction. The Russian and Turkish agencies concerned were instructed to hold a meeting of the joint strategic planning group in the first half of 2017.