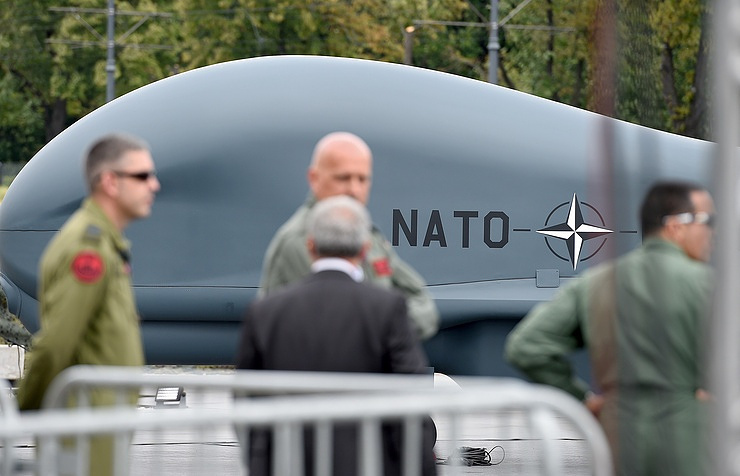 Russian lawmaker on Wednesday commented on the quoted by the media statement by US official Joseph Dunford saying that Russia allegedly undermines NATO’s unity.

Chairman of the Defense Committee of the Russian State Duma, Admiral Vladimir Komoyedov advised NATO to return to the negotiating table with Russia, said the statement is indicative of the NATO leadership’s fear in the face of problems of the Alliance member states.

According to the US Department of Defense, US Joint Chiefs of Staff General Dunford said he’s concerned about Russia’s behavior, including its annexation of Crimea, its actions in Eastern Ukraine, it threats to Georgia and Moldova, and its aid to Syria. Russia is engaging in these actions in an attempt, Dunford said, to “undermine the most successful alliance in history the NATO alliance.”

“From a US perspective, I would tell you I believe our center of gravity as a nation, through a security lens, is the network of alliances. Russia is trying to erode that,” Dunford is quoted by the Pentagon as saying.

“It’s funny when a colossus with feet of clay complains that someone is undermining its unity,” Komoyedov is quoted by his press office. “Russia has never pursued and does not pursue this goal, on the contrary, we have always talked about the need to build normal relations with NATO”, he said.

The head of the Duma committee said that the Soviet Union was among the first countries that wanted to join NATO.

“In 1954, the USSR applied for membership in the Alliance, but the bid was rejected, and then the Soviet Union, realizing that a pike lives in the lake to keep all fish awake, created a counterbalance to NATO – the Warsaw Pact Organization”, the politician said.

According to him, after the collapse of the Soviet Union it was NATO that contributed to the formation of a unipolar world and now it cannot accept the fact that Russia is rapidly improving its armed forces and developing military-technical and political cooperation with countries that are not members of the Alliance.

“The statement by General Dunford testifies to the elemental fear of NATO’s leadership in the face of problems experienced by the NATO member countries”, Komoyedov said. He advised NATO to carefully analyze criticism of the opposition in each of the participating countries.

“You will find that most of the people in both Europe and the United States do not support the aggressive policy of the Alliance. They do not want to sacrifice their fathers and sons in the planet’s hotspots of tension, which were created by NATO itself by its ill-considered actions,” the parliamentarian said. “My advice is to return to the negotiating table with Russia and work out a consolidated stance with it, otherwise NATO is heading for an imminent collapse”, the chairman of the Duma committee said.