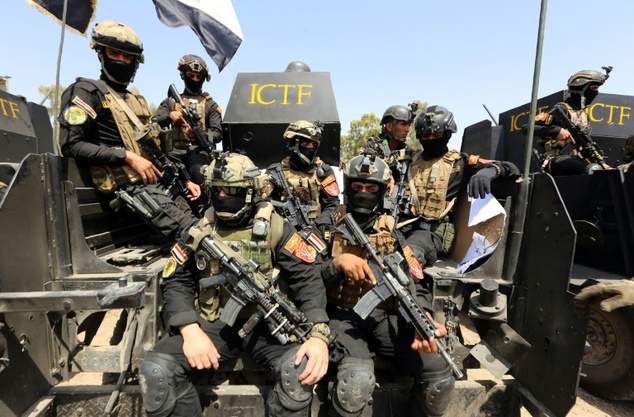 Iraqi forces on Wednesday took key positions in the centre Qayyarah, officials said, on the second day of an operation to recapture the northern town from jihadists.

Qayyarah lies on the western bank of the Tigris river, about 60 kilometres (35 miles) south of Mosul, the Islamic State group’s last major urban stronghold in Iraq.

The operation launched on Tuesday is led by Iraq’s elite counter-terrorism service (CTS), which broke into the town centre Wednesday and secured several neighbourhoods.

He said the special forces were involved in street battles, faced significant resistance from IS and had to advance with caution because many buildings were booby-trapped.

“Almost half the city is under our control by now… but it is hard to say how long the full liberation of Qayyarah will take,” Noman said.

Iraqi forces earlier retook neighbouring villages, an oil field and refinery, and encircled the town to set the stage for an assault into the centre.

“Liberating Qayyarah will mean cutting off Mosul from the southern areas, which will make liberating Mosul much easier,” Najm al-Juburi, who heads the provincial operations command, said.

“This is a blow to the organisation of Daesh (IS) because it affects their economy, and this after we retook an air base that is now going to be used to attack them,” he said.

Iraqi security forces have been operating in the area for weeks, as part of shaping operations for a major offensive on the city of Mosul in the coming weeks or months.

They had already retaken the Qayyarah air field, which IS was not using because it has no air force but which Iraqi aircraft will soon be using against the jihadists.

Prime Minister Haider al-Abadi on Tuesday reiterated his promise that Mosul would be retaken and the country rid of IS by the end of 2016.

IS has suffered a string of setbacks in Iraq and the “caliphate” it proclaimed two years ago has been shrinking steadily for a year.

Its fighters are vastly outnumbered in Nineveh province but one of the toughest challenges for Iraq will be the mass displacement a broad offensive on Mosul is expected to trigger.

The United Nations’ refugee agency on Tuesday warned that it could spark displacement on a scale not seen globally in years.