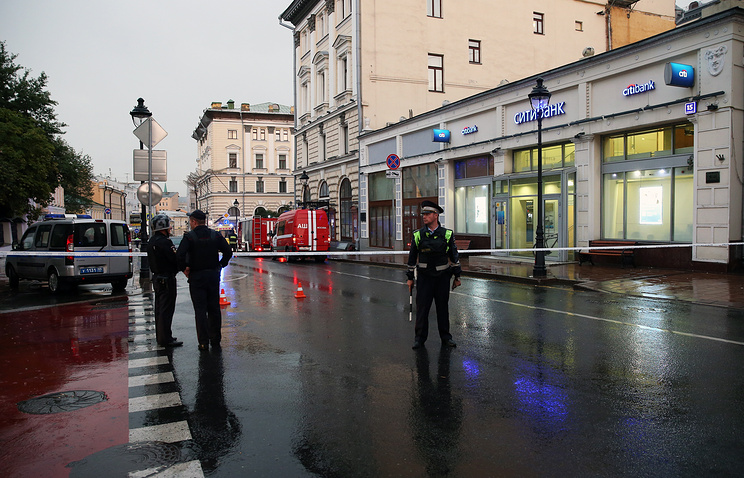 Moscow court is going to review arrest of the man who seized an office of Citibank on Moscow’s downtown Bolshaya Nikitskaya Street, a source close to the investigation told TASS.

“Today, the investigator intends to apply to the court on election preventive measure in the form of detention in respect of the apprehended man,” the source said.

“He will be assigned to psychological and psychiatric examination, which will establish his sanity,” the source added. At the same time, the source said “at least there are no observed external signs of a mental disorder.”

The Citibank office located at 15 Bolshaya Nikitskaya Street, 800 meters from the Kremlin, was seized at around 18:30 MSK on Wednesday. The man, later identified as Aram Petrosyan, born in 1961, threatened to blow up the office.

When the man entered the bank, there were six people inside: three clients, two cashiers and a security guard.

By 22:00 MSK, the perpetrator freed all hostages and surrendered to the police. Law enforcers later said the perpetrator had a hoax explosive device. TASS Deputy Editor-in-Chief Gleb Bryansky was one of the hostages in the seized bank office.

“The hostage taker did not look like a cruel criminal, but rather like a desperate person. He was very nervous, was constantly apologizing and smoking a lot,” Bryansky said.