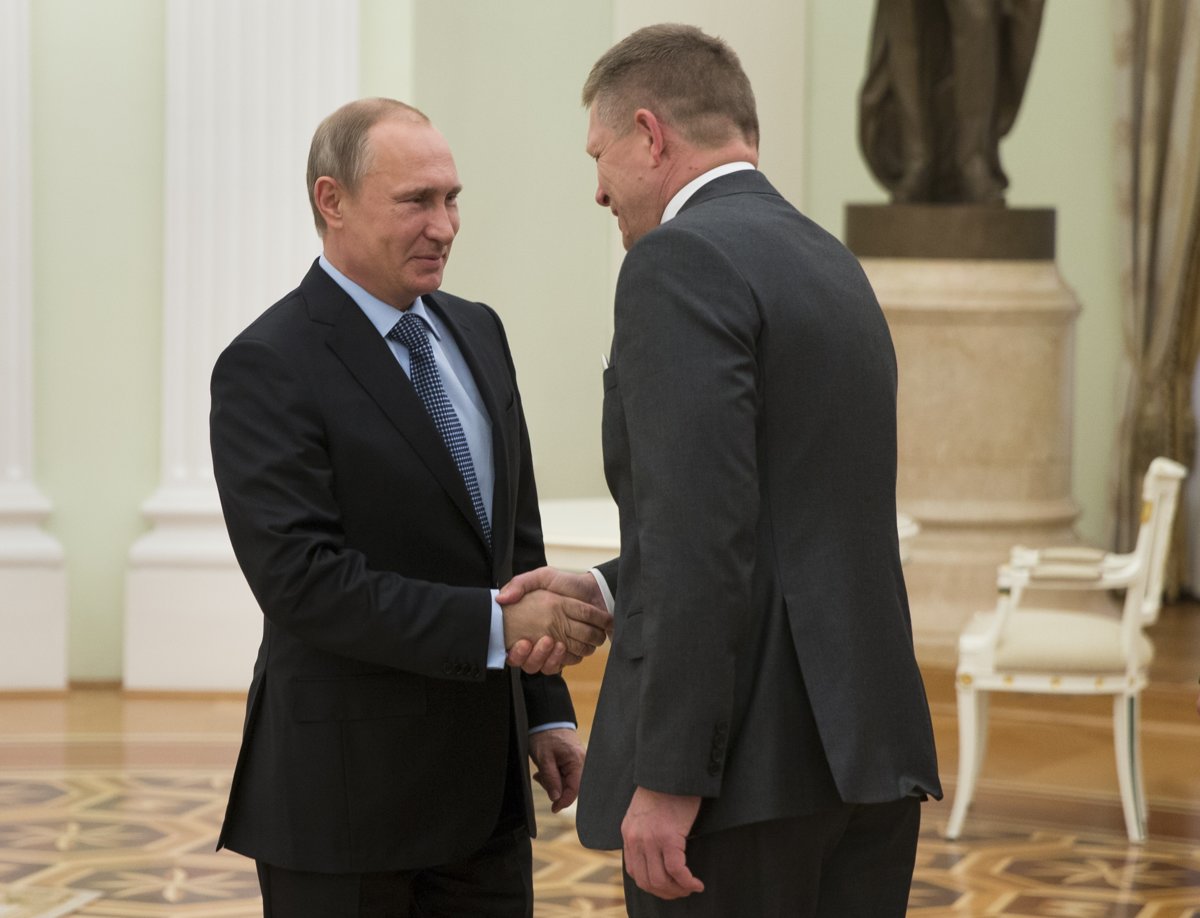 Putin to discuss cooperation prospects with Prime Minister of Slovakia

Russian President Vladimir Putin is going to meet with the Prime Minister of Slovakia Robert Fico today, according to the Kremlin press service.

“The meeting between the Russian President Vladimir Putin and the Prime Minister of Slovakia Robert Fico is scheduled for August 25, 2016. The current state and prospects of bilateral trade and economic cooperation between the two countries, as well as immediate international issues will be discussed,” the press service said.

On June 14, Putin and Fico held a telephone conversation, which was also dedicated to the development of relations between the two countries.