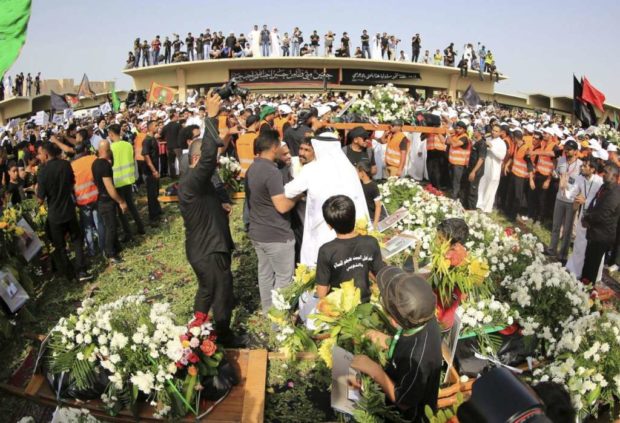 Dammam-Saudi Arabia has foiled a planned suicide attack on a mosque in the Qatif region, eastern Saudi Arabia, killing the aggressor and injuring another, security sources told Asharq Al-Awsat newspaper.

In a telephone conversation on Tuesday, the sources said Saudi security patrols had tracked a group of people in the district of Al-Mustafa in the Qatif village of Um Al-Hamam, after residents had informed security apparatuses that a group of strangers had been frequently seen in the area.

The Saudi forces killed a man who was wearing an explosive belt near a café located in the village.

The sources added security forces arrested a second man, who was wounded after the forces exchanged fire with him.

The interior ministry was expected to issue a statement on the attack soon.

According to the sources, it is most probable that the two men, who were planning the terrorist suicide attack, are members of the ISIS terrorist organization.

Last week, security apparatuses had asked the Imams of mosques in Qatif to inform security patrols about the presence of any suspicious person in the area.

Saudi Arabia has suffered a string of deadly shooting and bomb attacks in recent months, many of them claimed by ISIS militants.