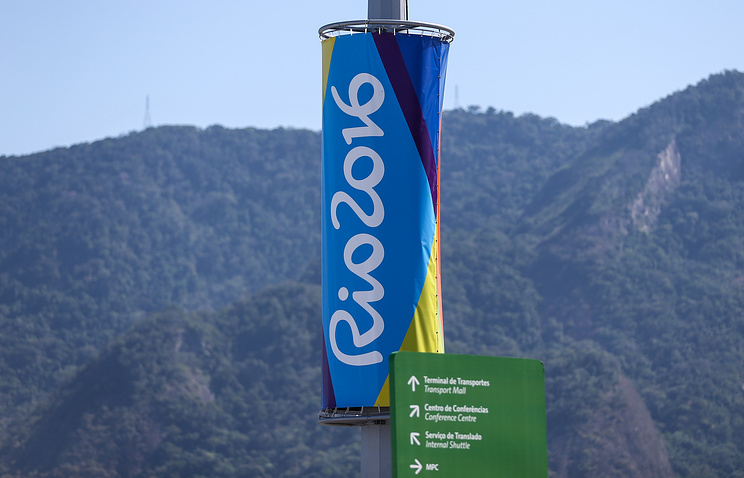 The airport’s information service told TASS several hours ago the jet had taken off after a delay of about thirty minutes but Zhukov said the airport services “got ahead of themselves in seeing the team off.”

“We spent three and a half hours inside the jet,” Zhukov said.

Konstantin Vybornov, the press secretary of the Russian Olympic Committee wrote in Facebook that the flight took off at 22:57 Rio time and its landing at Moscow’s Sheremetyevo airport was expected at around 20:00 hours Moscow Standard Time.

The meet-and-greet ceremony will take place at Sheremetyevo’s Terminal D.

On the way to Moscow, the jet will make a stopover in Madrid for refueling.

Returning to Russia by Aeroflot’s flight SU7151 are the athletes who won 56 medals, including eleven golds, in synchronized swimming, handball, rhythmic gymnastics, freestyle wrestling, boxing, and pentathlon. Members of the Russian delegation are also among the passengers.

Jumper Darya Klishina, the only Russia track-and-field athlete whom the International Association of Athletics Federations permitted to take part in the Rio Games, left Brazil earlier. She is currently living in the U.S.

The Russian Olympic team performed in Rio in a considerably downsized lineup after disqualification of a number athletes pending a controversial report by the McClaren commission into the use of doping in Russian sports and recommendations of the World Anti-Doping Agency, reinforced by a massive media campaign.

In spite of that, Russia occupies the fourth position in the unofficial ranking of teams in terms of the number of medals won at the Games.