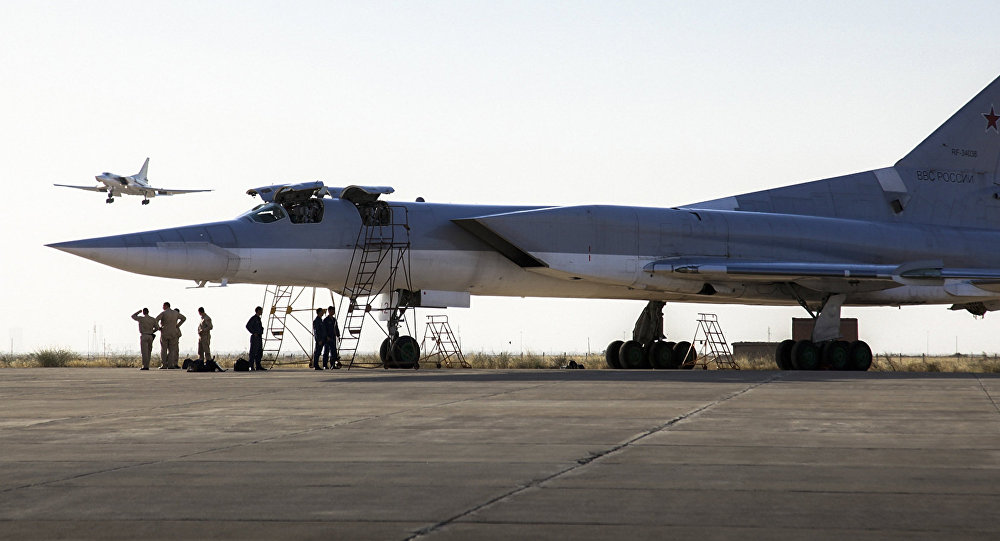 Defense ministry: Russian planes return from Iranian air base after coping with tasks

The Russian planes that participated in dealing strikes against militants’ facilities in Syria from the Iranian air base near Hamedan have coped with their tasks and returned to Russia, Defense Ministry spokesman Igor Konashenkov said today.

“Further use of the Hamedan airbase in Iran by the Russian aerospace force will be based on mutual agreements on struggle against terrorism and depending on the situation in Syria,” Konashenkov said.

Russian aircraft used the Iranian base thrice to hit terrorists in Syria on August 16, 17 and 18. Long-range bombers Tupolev-22M3 and frontline bombers Sukhoi-34 participated in the operation.

Earlier, the Iranian Foreign Ministry said that Russia had stopped using the air force base for the time being. He explained that the two countries did not have a specific arrangement concerning the air base, but there existed a number of agreements on conducting joint operations against terrorism. One such agreement envisages the possibility Iran may grant Russia use of its airspace and infrastructures to fight terrorism in Syria.

Earlier as well, Russian News agency Sputnik reported that “According to a spokesman for the Iranian Foreign Ministry, as cited by Tasnim news agency, Russia has stopped the use of Iran’s Hamadan airbase. The Russian side has yet to issue an official comment on the matter.

Iran will not transfer control of Hamadan air base, from which Tehran allowed Moscow to carry out strikes against terrorist groups inside Syria, to Russia, Iranian Defense Minister Hossein Dehqan said today.

On August 16, Russia used the Iranian base for the first time in its anti-terrorism campaign in Syria. Russian Tu-22M3 long-range bombers and Su-34 strike aircraft carried out airstrikes against the jihadist groups Islamic State and the Jabhat Fatah Al-Sham, formerly known as the Nusra Front, in Syria.

“We will under no circumstances provide Russia with the [Hamadan] military base. They [Russians] did not come to stay for good,” Dehqan was quoted as saying by the Tasnim news agency.

On Saturday, Dehqan said that Russia can fly jets from Iran’s Hamadan airbase to strike jihadist targets in Syria for as long as needed but Tehran has no plans to give Russian forces access to other Iranian air bases for Moscow’s counter-terrorism operation in Syria.

The Tu-22M3 is a long-range bomber capable of carrying nuclear weapons. Such bombers have previously carried out airstrikes against IS (banned in Russia) targets in Syria from Russian airspace. The Su-34 fighter-bomber has been tested in the war against Islamist radicals in Syria, being among the first aircraft to serve in the Russian campaign there in 2015.