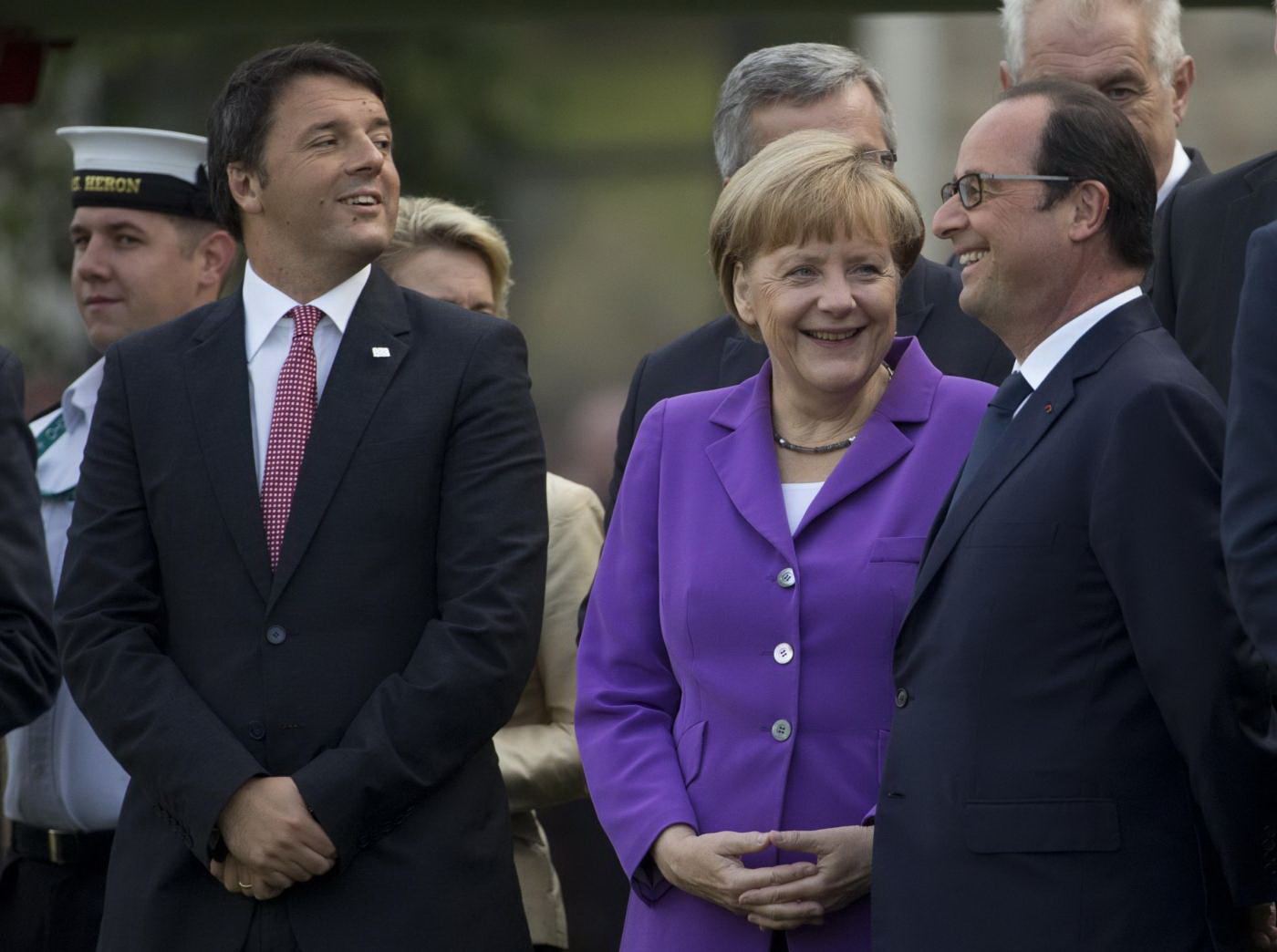 The leaders of Germany, France and Italy will meet today to discuss how to keep the European project together in the second set of talks between the premiers of the euro zone’s three largest economies since Britain’s shock vote to leave the bloc.

Italian Prime Minister Matteo Renzi hosts German Chancellor Angela Merkel and French President Francois Hollande on an island off the coast of Naples ahead of September’s EU summit called to discuss reverberations from the Brexit vote.

“They will be coming to discuss how to relaunch Europe from the bottom up, there’s a big need,” Renzi said on Sunday.  “Relaunching Europe is a totally open game but it needs to be played,” he said.

Faced with existential risks, Merkel wants to cement “a better Europe” rather than forge ahead with “more Europe”. Renzi wants Italy to have a strong voice in how the bloc’s future is shaped after Brexit and, according to the French diplomatic source, Hollande wants an EU-wide investment plan to be doubled.

The three leaders differ over how to boost economic growth – which slowed across the 28-nation bloc in the second quarter and stagnated in France and Italy – and cut unemployment.

France supports Renzi’s push for expansionary measures and against austerity, Germany is likely to oppose any undermining of Europe’s deficit and the debt constraints that Italy and France have struggled to comply with.

Italy is eager for greater European consolidation in the wake of Brexit, but Merkel is more concerned about preserving the integrity of the eventual 27-member bloc.

For her it will be the beginning of a whirlwind week of meetings with other European governments that will see her travel to four countries and receive leaders from another eight.

“The goal must first of all be to preserve the status quo and to prevent a further disintegration of the EU-27,” said one EU diplomat.

Sky News mentioned that “It is the second time the three leaders have held trilateral talks since the Brexit vote. They met in Berlin four days after the 23 June UK referendum vote”.

It also added that “At that meeting, the leaders said: “Today, we express our firm commitment to the unity of Europe. We firmly believe that the European Union is essential to make our countries stronger by acting together, with our common institutions to ensure the social economic progress of our peoples and to affirm the role of Europe in the world.”