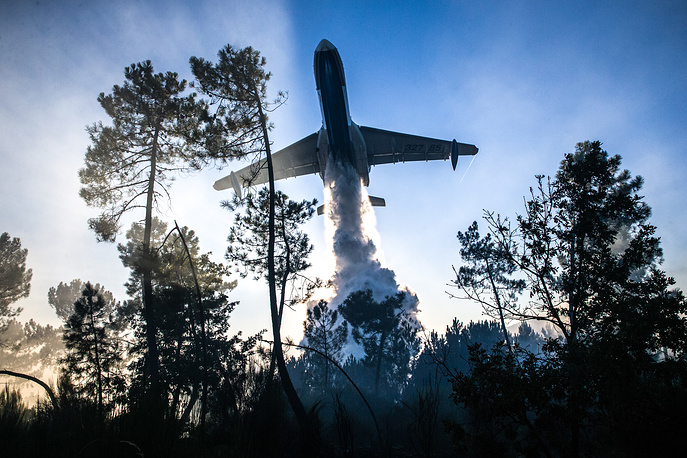 Russian air pilots have extinguished six forest fires that have charred an area of more than 1,000 hectares in Portugal during the past five days, the Russian Emergencies Ministry has informed TASS.

Two Beriyev-200 amphibious planes arrived in Portugal on August 13 to join the fire-fighting efforts the following day. Their crews boast vast fire-fighting experience under the most adverse conditions.

“Over the past five days the two planes have carried out 42 water drops. In all they doused 500 tonnes of water on six fires which covered more than 1,000 hectares and shielded two national parks and three communities with a total population of 55,000 from the blaze,” the Emergencies Ministry announced. Over the past day alone, one Beriyev-200 plane carried out five water drops (60 tonnes) to stop fire that was approaching Vila Real and do away with two forest fires.

The Russian fire-fighting planes are based at an airfield near Leiria. New tasks are assigned to them daily.

Over the past few days, mainland Portugal and the island of Madeira have seen a considerable reduction in forest fires, which is largely the result of the effective performance by the international air group.

Alongside Russia’s two Beriyev-200s, planes from Italy and Morocco are taking part in the forest fire fighting operations in Portugal at the local authorities’ request.