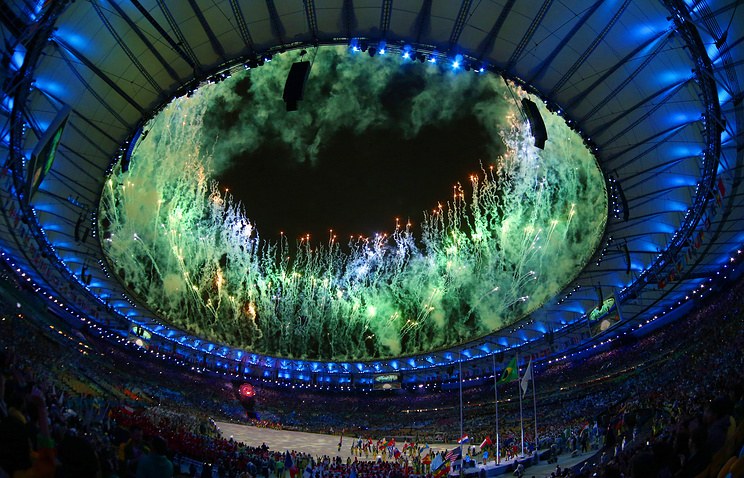 Brazil gives no reason for sadness during Olympics closing ceremony

The closing ceremony for the XXXI Summer Olympic Games, which ended in Rio de Janeiro, gave the world another opportunity to make sure once again how life-affirming Brazilian culture is.

Lively music, driving dances and colorful dresses did not leave the main participants of the ceremony – athletes – cold. Getting rid of the load of responsibility for the result at the competitions, they easily made part of the Olympic carnival atmosphere at the Maracana stadium.

Athletes were the first to take the floor at the closing ceremony. The parade of athletes started immediately after the national anthem of Brazil performed by a children’s chorus.

Unlike the opening ceremony, there was no clear separation of the teams by delegation, which symbolized one of the key principles of the Olympic movement – unity of athletes.

Five-time Olympic champions synchronized swimming stars Natalia Ishchenko and Svetlana Romashina were chosen to bear the flag for Russia at the closing ceremony of the Rio Olympics.

As soon as athletes took their seats around the arena, the International Olympic Committee (IOC) presented its ambitious project – the Olympic television channel, which is launched immediately after the end of the Rio Olympic Games. The participants of the Brazilian Olympics will become the first heroes of stories told by the TV channel.

Another important part of the ceremony was handover of the Olympic flag to the capital of the future summer Games – Tokyo. Rio de Janeiro Mayor Eduardo Paes handed over the flag to Tokyo Governor Yuriko Koike.