Home » News » Pentagon: US scrambled jets to protect its advisers in Syria 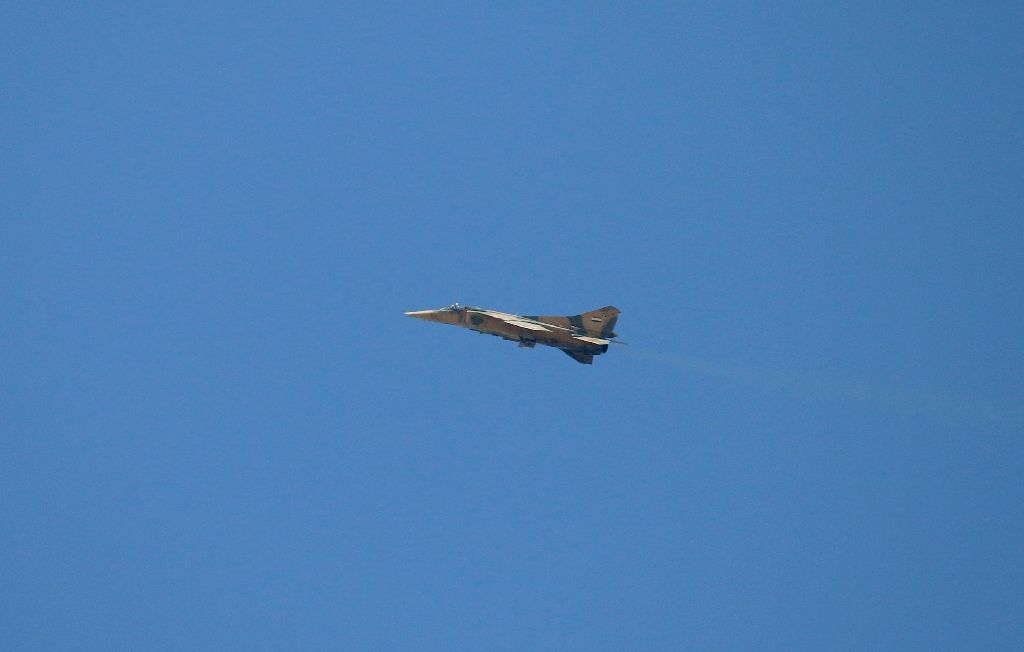 Pentagon: US scrambled jets to protect its advisers in Syria

The US-led coalition scrambled fighters to protect US advisers working with Kurdish forces after Syrian regime jets bombed the area, in the latest escalation of Syria’s bloody conflict, the Pentagon said.

The coalition scrambled its own jets to the area in a bid to intercept the Syrian jets, but the regime planes had left by the time they arrived.

“This was done as a measure to protect coalition forces,” Davis said.

“We will ensure their safety and the Syrian regime would be well-advised not to do things that place them at risk… We view instances that place the coalition at risk with utmost seriousness and we do have the inherent right of self-defense.”

But the warning appeared to fall on deaf ears. Two Syrian regime warplanes attempted to fly to the area again on Friday, but were met by coalition aircraft, a US defense official said in a statement.

“The presence of the coalition aircraft encouraged the Syrian aircraft to depart the airspace without further incident,” he said. “No weapons were fired by the coalition fighters.”

As soon as Thursday’s strike began, ground forces tried to hail pilots via radio — to no avail.

US forces then contacted Russia, which has been bombing parts of Syria for nearly a year in support of President Bashar al-Assad, but Russian military officials said the planes were Syrian.

“This is very unusual, we have not seen the regime take this type of action against YPG before,” Davis said, using the initials of the US-supported Kurdish militia fighting the Islamic State group in northern Syria.

No coalition injuries were reported in Thursday’s strike. US forces were moved from the area and are in a safe location, Davis said without elaborating.

The coalition is now conducting additional combat air patrols in the region, he added.

The Kurdish People’s Protection Units, or YPG, are a key US ally in the fight against the IS group.

Washington regards them as the most effective fighting force on the ground in Syria and has provided weapons and special forces military advisers.

More than 290,000 people have been killed since Syria’s conflict erupted in March 2011.