Home » News » Nasrallah pledges victory in any next war 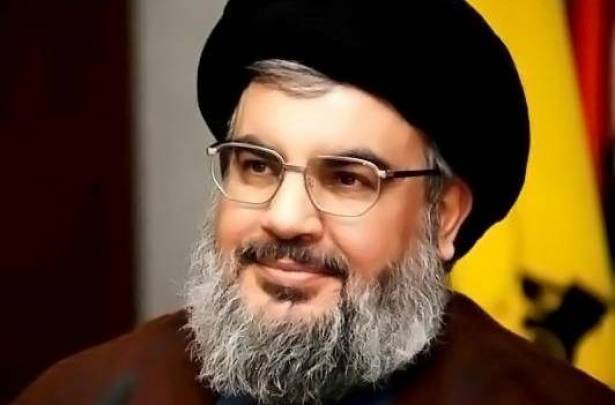 Nasrallah pledges victory in any next war

“Hezbollah”‘s Secretary General, Sayyed Hassan Nasrallah, pledged, during an interview on “al-Manar” channel, that the Resistance would certainly triumph in the event of war.

“I am certain that the Resistance will win if a war is staged on us, because we have a righteous cause in out battle with Israel, in addition to our trust in the divine pledge, as well as in our preparations for this war, including made-in-Syria missiles,” Nasrallah said.

“We are a consistent, docile group, that is free of conflicts; these are some of the victory’s conditions,” he added.

Explaining the divine aspect of July 2006 victory, Nasrallah reminded that “the resistance had beaten one of the world’s top ten armies, let alone Arab and US political, financial, and military support for the Zionists”.

“There can be no explanation of what happened, other than God’s pledge to our fighters; this is a divine victory. There is no other explanation,” he said.

Relating the war’s events, Nasrallah told that a European embassy contacted Hezbollah’s Nawwaf Moussawi, to whom Israel’s wishes to end the war were conveyed.

“The war could have stopped before August 14, 2006. But it continued due to the position of the Lebanese government backed by foreign sides, pretending that the war cannot be ended before removing Hezbollah’s weapons,” he revealed.

He did not fail to recall the swift courageous return of the southerners to their homes, as soon as the cease-fire was declared.  He also revealed that during July war, he had been to the south and Bekaa.

“I do not live in a shelter,” he underlined, recounting how he also met with his family during the war for about half an hour.

“Our families were the essence of this victory,” he praised.

“July war was aimed to torpedo the Resistance in Lebanon, Syria, and Palestine, and to destroy Iran. This is the New Middle East scheme,” he said.

“When they failed to seize Syria through politics, they created ISIS and al-Nusra,” he continued.

He even considered that US presidential Republican nominee, Donald Trump, had his accusation of his Democrat rival Hillary Clinton of ISIS creation, as a strong weapon against her.

“What we are doing today is to protect July victory,” he corroborated.

On the current situation in Lebanon, Nasrallah maintained that Hezbollah was refraining from addressing dossiers “that lead to chaos.”