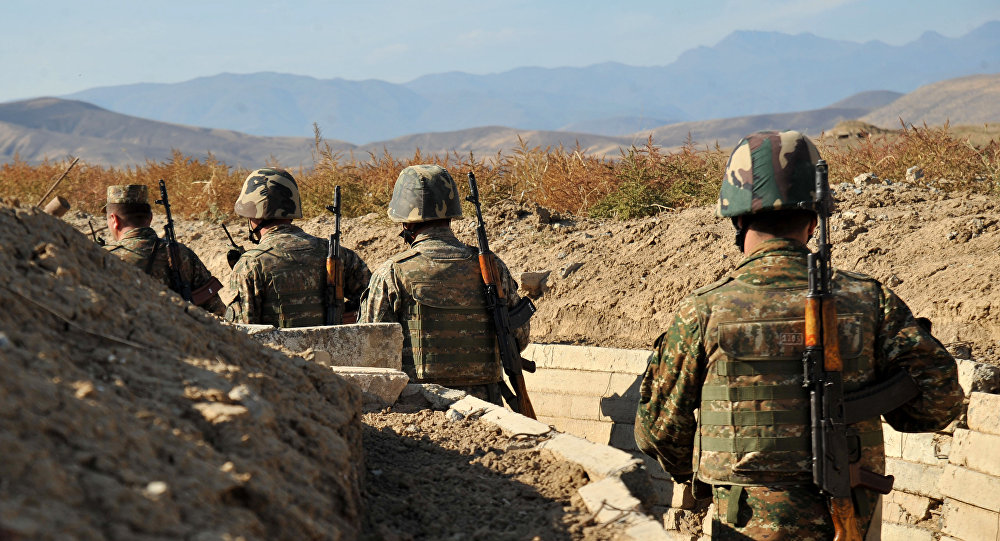 The Armenian armed units over the past 24 hours “violated the truce regime 17 times at various parts of the front in the Karabakh conflict area, using also high-caliber machine guns” Azerbaijan’s Defense Ministry said in a statement today.

The ministry said “the positions of the Azerbaijani Armed Forces were under fire from the opposing positions, located near and at heights in Nagorno Karabakh and neighboring areas,” which are controlled by the Armenian side.

The highland region of Nagorno-Karabakh (Mountainous Karabakh) is a mostly Armenian-populated enclave inside the sovereign territory of Azerbaijan. It was the first zone of inter-ethnic tensions and violence to appear on the map of the former USSR.

Even almost a quarter of a century after the breakup of the Soviet Union, Karabakh remains a so-called ‘frozen conflict’ on the post-Soviet space, as the region is the subject of a dispute between Azerbaijan and the local Armenian population that draws on strong support from fellow-countrymen in neighboring Armenia.

In 1988, hostilities broke out there between the forces reporting to the government in Baku and Armenian residents, which resulted in the region’s de facto independence. In 1994 a ceasefire was reached but the relations between Azerbaijan and Armenia remain strained ever since then.

Russia, France and the U.S. co-chair the Minsk Group of the Organization for Security and Cooperation in Europe, which attempts to broker an end to hostilities and the conflict.