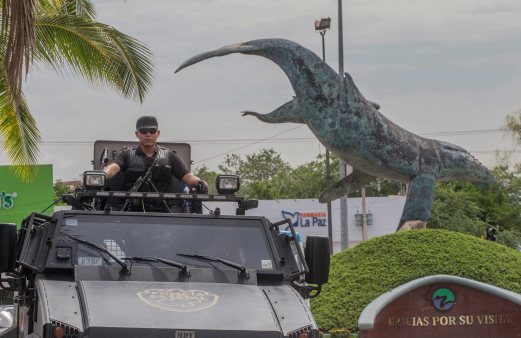 Mexican police massacred 22 civilians in arbitrary executions during a raid on a drug gang last year, a human rights ombudsman said Thursday. The bloodbath happened in a raid by federal police against the Jalisco Nueva Generacion cartel in the western state of Michoacan on May 22, 2015.

It was one of the bloodiest battles in the Mexican government’s decade-long campaign against powerful drug gangs. Officers committed “violations of the right to life by excessive use of force that entailed the arbitrary execution of 22 civilians,” the country’s National Human Rights Commission said.

They also committed “aggravated acts of torture on two people who were detained,” commission chief Ismael Eslava said, reading from the report. Top state security official Renato Sales said the shooting erupted when the suspects refused to drop their weapons.

“We do not think the theory of arbitrary executions stands up,” he told a news conference. The ombudsman said forensic investigations indicated police had moved the bodies of the dead and planted weapons on them.

It said a police helicopter fired 4,000 rounds into the ranch where the suspects were. In total 43 people were killed in the raid, including one policeman and numerous suspected criminals.

However only 22 of these were deemed arbitrary executions by police. The government said previously that the 42 people killed by police had attacked officers. It said the helicopter had fired to contain the suspects.