Home » Culture and history » The Vietnam War in pop culture 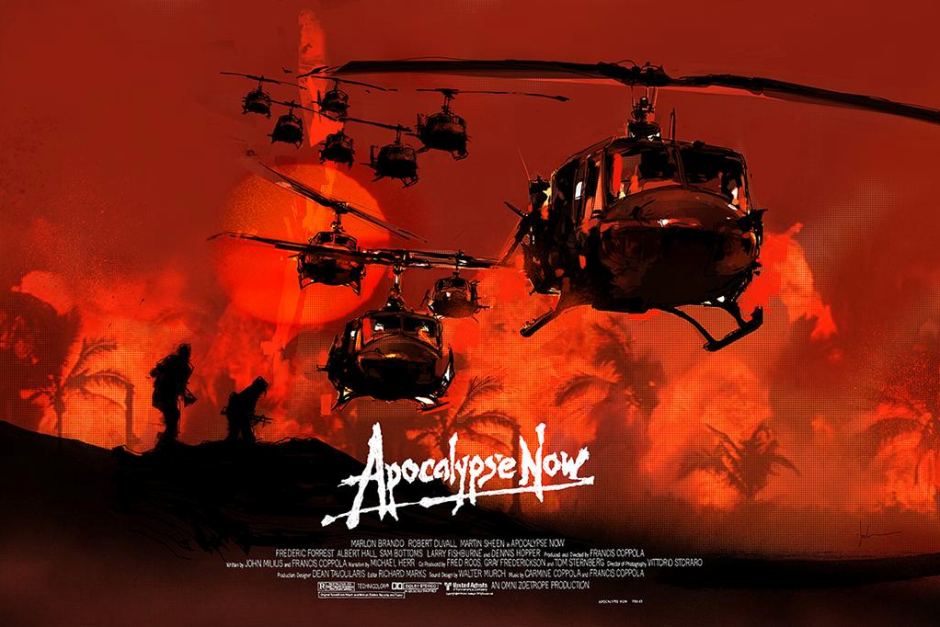 The Vietnam War in pop culture

Long before Robin Williams shouted “Gooooood morning, Vietnam!” into the microphone, the pop culture industry had latched on to the Vietnam War to shape a compelling, if conflicting, narrative.

Films, music and TV shows — mostly coming out of the US — have tackled the war in different ways and told stories that in the years since may have shaped our perception of history.

Films like Apocalypse Now, Platoon and Born on the Fourth of July have become cultural icons.

Credence Clearwater Revival’s Fortunate Son and Bruce Springsteen’sBorn in the USA have found a similar spot in the musical canon.

Closer to home, Cold Chisel’s Khe Sanh is in high rotation in any Australian pub and Redgum’s I Was Only Nineteen still stirs emotions.

So how have these pop culture depictions affected our view of the Vietnam War, and does the US story risk skewing the Australian interpretation of the conflict?

In the early days of Western involvement in the Vietnam War the champions of film and music were notably split on how to spin the conflict.

“Hollywood has made a significant effort to portray America’s Vietnam experience,” Professor of cinema studies David Desser wrote in Inventing Vietnam: The War in Film and Television.

“Yet the films … hardly present a unified, coherent vision.

“If we take these films as a group, we find contradictions and ambiguities throughout, while many individual works are similarly conflicted in what they are trying to say about the Vietnam War and America’s involvement in it.”

John Wayne’s The Green Berets (1968) was a staunchly pro-US military film that told the story of a journalist who was cynical about the war but came to support it after travelling to Vietnam with US troops.

The film was released at the height of the war and was panned by critics — partly for its quality, but also because of reports of heavy US government involvement in the editing and production of the film.

Its pro-military message was in stark contrast to the growing public protests back home in the US that musicians were starting to tap into.

The 1967 song I Feel Like I’m Fixin’ to Die Rag was satirical and anti-war and received widespread attention after it was performed at the now famous 1969 Woodstock festival. Fortunate Son wasn’t explicit in its criticism of the war, but it tapped into the counterculture that was starting to be seen in the pop culture material of the time.

And while Sergeant Barry Sadler’s Ballad of the Green Berets (1966) was a pro-military song, it became the outlier in the collection of songs from the era.

The aftermath of the war

When the war officially ended in 1975 there was not a rush from Hollywood to create the epic dramas many might associate with the conflict.

Instead, many productions dealt with the issue by proxy and focussed on the effect the war had on returned soldiers.

Taxi Driver (1976) and The Deer Hunter (1978) both looked at former soldiers who were prone to violence and were struggling to return to normal life after the war.

After these two films were met with critical acclaim and Academy Award nominations, the “tortured Vietnam vet” become a stock character in many films over the years, including Jacknife(1989) Forrest Gump (1994) and Dead Presidents(1995).

I Was Only Nineteen is a first-person narrative about a soldier who goes to fight in Vietnam and comes home disillusioned and scarred.

The song’s writer and performer, John Schumann, told ABC News Breakfast it encapsulated how many Australians felt about the war.

“It was a pretty accurate and compelling insight into the lives, minds and bodies, as it turned out, of the young men who went off to fight and came back to a society that did not value or respect their service as it had their fathers in WWII and grandfathers in WWI,” he said.

“I’ve had so many stories from veterans about when they first heard the song, but I think the most telling one for me, the one that grabbed me the most was a veteran from Queensland who had tried to slip back into his life in rural Queensland and he heard the song and he pulled over to the side of the road … and he listened and his first thoughts he told me were, ‘those bastards were lying to me’.

“All the symptoms I talked in the song, he had. He then realised that if somebody else had those symptoms, then he was not alone.”

Slow-burn dramas about traumatised soldiers were soon on a collision course with the desire for action films that came in the 1980s.

The success of the epic Apocalypse Now (1979) arguably helped steer films about the Vietnam War in this direction and they hit their stride with Rambo in 1982 — an action-packed feature film about a Vietnam veteran who had to survive while being chased through the American wilderness.

By the mid ’80s films and TV were starting to base their stories back in Vietnam itself, rather than dealing with the aftermath and soldiers coming home.

Rambo returned to the Vietnamese jungle in the second film of the series in 1985, and Platoon (1986) and Full Metal Jacket (1987) quickly followed.