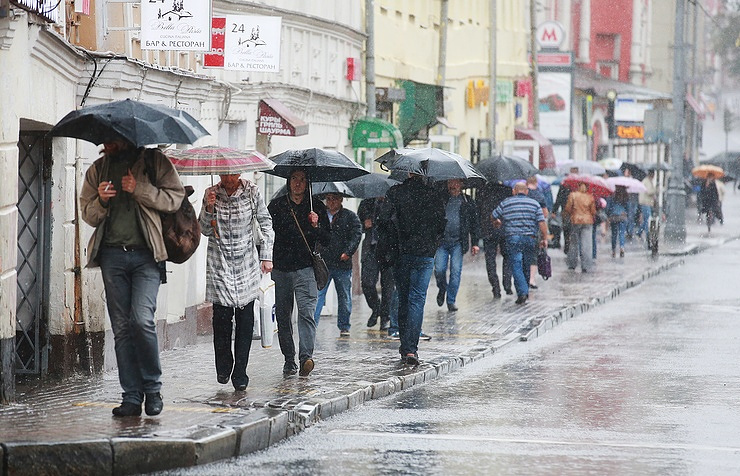 The Russian capital’s main weather station said that precipitation in Moscow on Monday totaled 92 millimeters with the level for the entire month of August expected at 77 millimeters.

“It’s nearly 120% of the monthly precipitation norm,” a spokesman for the Hydrometeorological Center said.

Rescuers have evacuated about 200 people from flooded cars, a regular bus and a route taxi in several districts of Moscow as pouring rains are likely to set a new monthly precipitation record in the Russian capital on Monday.

According to reports by the Moscow branch of Russia’s Emergencies Ministry, heavy rains and wind gusts in the Russian capital on Sunday night and Monday morning have sparked emergency situations across Moscow.

On Moscow’s south side, the rescuers evacuated about 80 people from flooded cars and also helped a regular bus drive out of the flooded road section,” the local emergencies services division reported. “No one was hurt in the incident.”

On the west side of the Russian capital, the rescuers evacuated drivers and passengers of three cars, which had driven into the heavily flooded section on Ochakovskoye highway.

On the Leningradskoye highway, a major Moscow thoroughfare, a fallen tree smashed a parked car and ruptured street light cables.

In the Lyubertsy district, to the east of Moscow, about 800 private homes have been flooded.