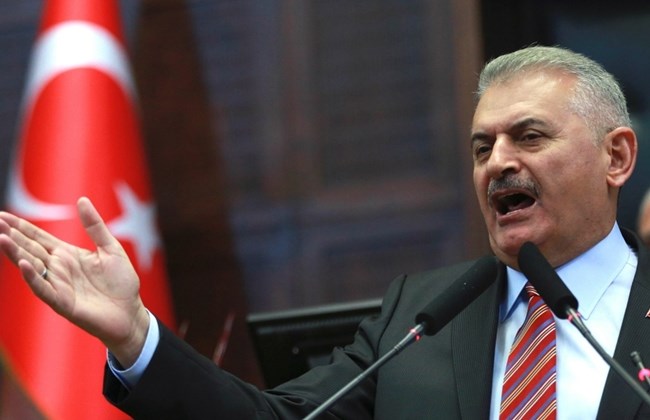 Turkey PM steps back from calls for death penalty

Turkish Prime Minister Binali Yildirim said today a fair trial would represent a harsher punishment for suspected coup plotters than the death penalty – an apparent step back from threats to re-introduce capital punishment.

Yildrimtold ruling Justice and Development Party (AKP) MPs in parliament “A person dies only once when executed,” adding “There are tougher ways to die than the death (penalty) for them. That is an impartial and fair trial.”

President Recep Tayyip Erdogan had suggested Turkey could bring back capital punishment – abolished in 2004 as part of the country’s reforms to join the European Union – in the wake of the July 15 failed coup aimed at ousting him from power.

The threat stunned the EU, which makes the abolition of capital punishment an unnegotiable condition for joining the bloc.

The prime minister’s comments marked a change in tone after Erdogan said earlier this month that if the Turkish public wanted a return to capital punishment, then political parties would follow their will.

Erdogan has also not mentioned the issue in his latest speeches in recent days.

Relations between Brussels and Ankara have already been strained since Turkey responded to the coup by launching a relentless crackdown against alleged plotters in state institutions, amid calls from the EU to act within the rule of law.

Yildirim said Gulen would be brought to account for the attempted putsch during which 240 people lost their lives, excluding 34 coup plotters who were killed.

No judicial executions have taken place Turkey since left-wing militant Hidir Aslan was hanged on October 25, 1984 in the wake of the 1980 military coup.