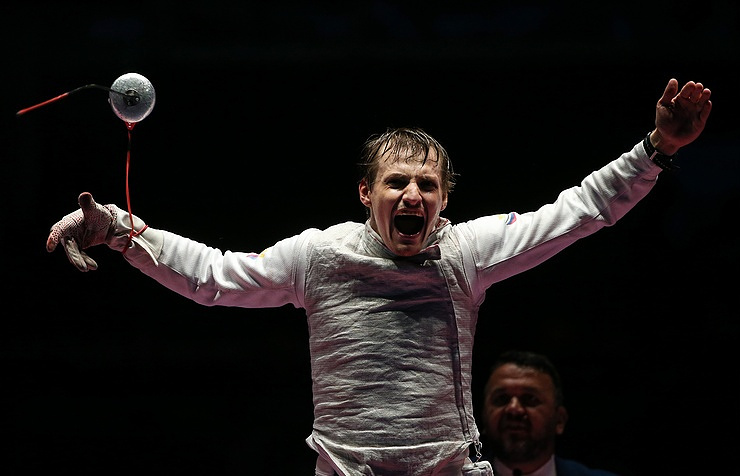 Russian foil fencer Aleksey Cheremisinov, a member of a team of three that overpowered France in Rio de Janeiro in the Olympic final, has said that his victory was the best of all answers he could offer to the skeptics who did not believe in his success.

“As far as I can remember myself I’ve always fancied myself an Olympic champion. Many people were making fun of me. They kept telling me I’d never be a professional athlete and they advised me to stop being foolish. Now I’d like to send my ‘hello’ to all these people,” Cheremisinov, 31, said.

He believes that the Rio Olympics have turned out the most important event in his lifetime so far.

“I’ve never made any plans for life. The day when the Olympics will end will become a watershed. I’ll take a different look at the world around me. I don’t know what I will be doing when I get back home. Whether I will go ahead with my career in fencing or not. I’m an Olympic champion now and I can give thought to my future. It is very pleasant to take things to their logical outcome. When nothing remains unsaid,” he remarked.

It was the Russia’s first Olympic victory in men’s foil fencing team tournament since the 1996 games in Atlanta.