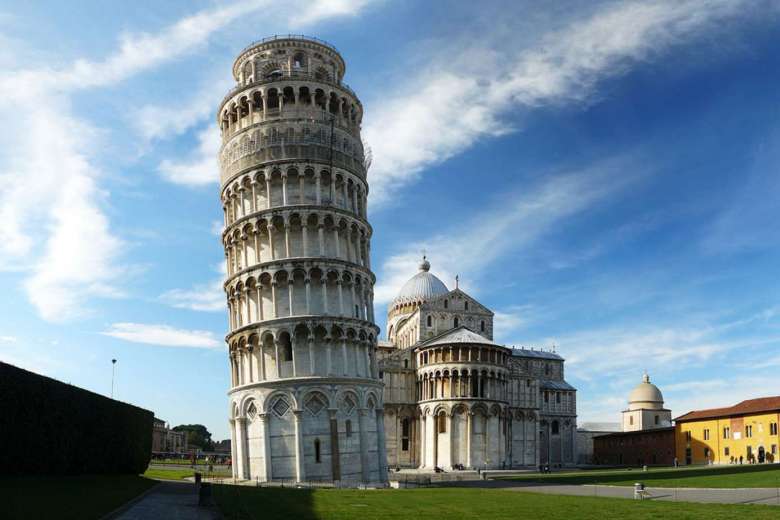 ITALY has ordered the deportation of a Tunisian man suspected of plotting a terror attack at the Leaning Tower of Pisa, The Local has reported.

The man, 26-year-old Bilel Chiahoui was arrested after posting messages on social media supporting recent jihadist attacks in Europe, and also threatening to attack the Italian monument, which attracts more than six million tourists a year.

There was “evidence the Tunisian sympathised with jihadist extremism and IS”, the court was told. The police report did not provide any details of the planned attack, but the judge signed the expulsion order on Friday.

Some of the most iconic landmarks in Europe have been heightened protection in recent months following “lone wolf” terror attacks in France and Belgium.

Interior Minister Angelino Alfano has ordered the expulsion of several Islamists in recent weeks.
Meantime, a French court on Friday charged and remanded in custody a 21-year-old man arrested in connection with the jihadist murder of a priest in a Normandy church last month, a judicial source said.
The man, the second to be held in connection with the killing of 85-year-old Jacques Hamel, was charged with “criminal association in connection with terrorism”, after his arrest on Monday in the Toulouse area, the source said.
Just before the July 26 attack, the man had travelled to the Rouen region in northern France where he met Hamel’s killers Adel Kermiche and Abdel Malik Petitjean, both 19 years old, according to a source close to the investigation.
The suspect, who is unemployed, claimed he was radicalised quickly and investigators believe he was mentally unstable, according to the source.

The attack on the church in the town of Saint-Etienne-du-Rouvray was claimed by the Islamic State group.
The two assailants were killed by police after slitting the priest’s throat, injuring another person and taking five people hostage.
The grisly attack — the first committed in the name of IS against a church in the West — came less than two weeks after a Tunisian ploughed a 19-tonne truck into a crowd celebrating Bastille Day in the Riviera city of Nice, killing 85 people and wounding more than 300.
Previously unknown to French authorities, the suspect charged on Friday first contacted the priest’s killers via the encrypted messaging app Telegram.
According to the source close to the investigation, the killers’ numbers were both found on his phone.
The man told anti-terror police he had travelled on July 24 to Sainte-Etienne-du-Rouvray for what he described as a “course in religion” along with several other people, including the two killers, the source said.
The suspect told investigators he left the next day, claiming he had no indication of a plot to attack a church hours later.
However, they suspect he may have seen Kermiche’s messages on Telegram, in which he described the modus operandi of the attack.
A cousin of Petitjean named as Farid K. was also remanded in custody on July 31 in connection with the attack.