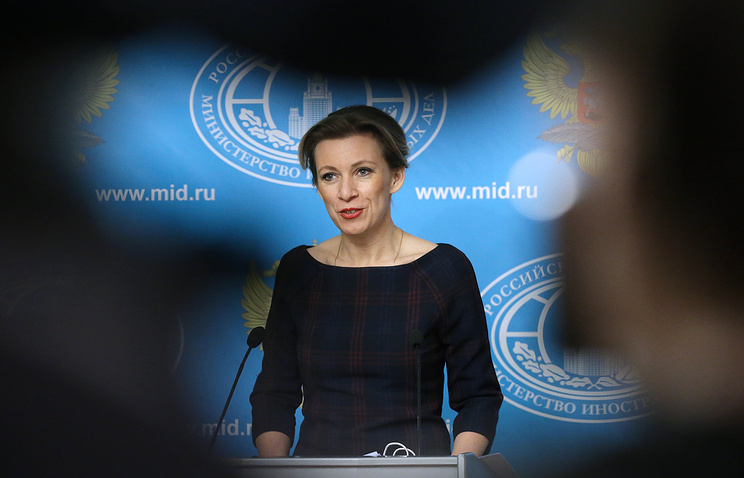 A visa regime with Russia, if the Kiev government introduces it, is going to hurt Ukraine most, Russian Foreign Ministry Spokeswoman Maria Zakharova said on Friday.

“Do you have a basic idea of how many Ukrainian come to Russia to earn money in order to feed their families?” Zakharova wrote in Facebook commenting an interview of Ukraine’s foreign minister who presumed a possibility of introducing visas for Russians.

“If Ukraine has real rather than utopian statistics, which is not used for brainwashing the population, study it and tell the Ukrainian people about it. Then the citizens of your country will clearly understand whom the visa regime will hurt,” the Russian diplomat said.

Zakharova said she did not understand what was the purpose for introducing visas between the two countries in Pavel Klimkin’s (foreign minister) view?

“I do not know what FSB agents Klimkin is going to filtrate after visas have been introduced. But one thing is clear: the number of Ukrainian guest workers who come to Russia to earn money is definitely going to decrease,” Zakharova said.

“This is also true of ‘Russian propaganda’. Mr. Klimkin, what old people and children who could not see their relatives are you talking about?,” Zakharova asked the Ukrainian minister.

Ukrainian Foreign Minister Pavel Klimkin said in an interview with the Interfax-Ukraine news agency earlier on Friday that Kiev could introduce a visa regime with Russia if necessary.