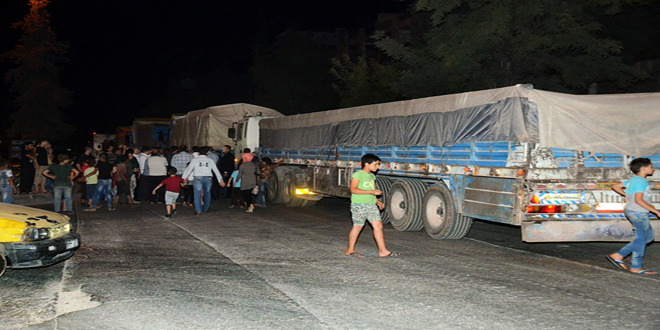 Minister of Internal Trade and Consumer Protection Abdullah al-Gharbi said the convoy aims at meeting the basic livelihood needs of Aleppo people so as to boost their resilience.

The food stuff will be provided for citizens at the food supplies establishments and through vehicles that march streets to sell grocery, al-Gharbi added.

He pointed out that the supplies available in Aleppo now are sufficient for two months, stressing though that sending food stuff to the province will continue.

Large quantities of gas oil and benzene as well as food supplies were sent to Aleppo last Monday.