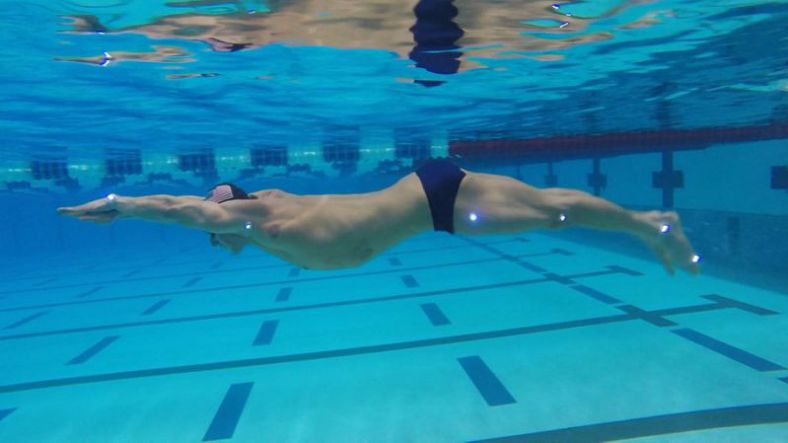 In the every-millisecond-counts world of Olympic swimming, the US swimming team has an unlikely partner in its quest for gold: A German car company. BMW is using technology originally developed for its self-driving systems to help Olympic swimmers scrutinise the minutiae of their form and technique to improve performance.

The same LED lights BMW uses in its cars to identify pedestrians and other vehicles are put on swimmers’ limbs to analyse different elements of kick and pull. “We are looking for every edge we can find,” said Russell Mark, a coach at USA Swimming. It “helps provide greater information about what changes in body angles are required and how the body is moving in harmony.” The LED-based software package helps Team USA coaches provide instant feedback to swimmers like Michael Phelps, who on Tuesday night won his 21st gold medal.

The software, along with a new racing wheelchair BMW rolled out for the Rio Paralympics, are among the technology initiatives the carmaker is showcasing at this year’s Games. Adapting the technology used in BMW’s cars for Olympians ends up costing about the same as a few 30-second prime-time television spots – about $US300,000 to $US600,000 each – said Trudy Harding, BMW’s vice president of marketing for North America. That’s a small price to pay for the chance to showcase the carmaker’s engineering capacity and prove it’s also a contributing member to the US athletics community, she said. “There’s a strong message out there for the brand”, she said in an interview at the US Olympic guest house in Rio de Janeiro.

“It’s just a little bit harder to quantify than digital click-throughs to your website.” The current swimming analysis software was rolled out about a year ago, and it follows the success of the BMW-designed two-man Olympic bobsled at the Sochi 2014 Winter Games. Among other medals, the company says its sled helped the men win bronze, the US’s first two-man bobsled medal in 62 years. While it was easier to claim credit for the bobsledding medal because BMW built the sled, Harding expects the training technology to make a difference too. “Any athlete will tell you that the difference is won not in full seconds, but fractions of a second,” she said.

“So anything that can help is the difference between a medal and no medal.” As for the issue of Munich-based BMW helping the Americans dominate in swimming, Hardy said the company has different initiatives around the world – but divisions carefully safeguard the technology created for different teams.