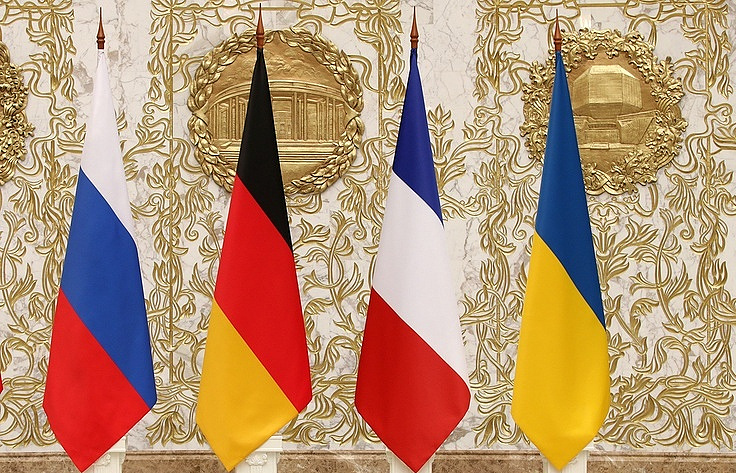 Kiev seems to be seeking to use the Normandy format, involving Russia, Germany, France and Ukraine, as a disguise for its policy towards further military campaign in Donbass, a Russian lawmaker said today.

“Kiev is seeking to use the Normandy format as a cover hiding its course towards combat operations and subversive activities. But have no need in such format,” Alexei Pushkov, the chairman of the international committee of the Russian State Duma lower parliament house, wrote on his Twitter account.

On Wednesday, Russia’s Federal Security Service (FSB) said it has detained a group of Ukrainian saboteurs and prevented a series of terrorist attacks in Crimea plotted by the Ukrainian defense ministry’s intelligence department and detained. According to the FSB website, vitally important infrastructure facilities were selected at targets of the attacks.

Russian President Vladimir Putin has described as silly and criminal the Ukrainian special services’ attempt at an act of sabotage in Crimea.

In his words, the real purpose was to distract attention from Ukraine’s internal problems. He also said it looks pointless to hold a the Normandy format in such conditions. “Of course, in these circumstances holding a meeting in the Normandy format, the more so in China, is pointless. Apparently, those who once seized power in Kiev and are still retaining it have shifted to terrorist practices instead of searching for compromises,… instead of searching for ways of a peaceful settlement,” Putin said.

In the meantime, Ukrainian President Pyotr Poroshenko said Moscow’s accusations are “senseless and cynical” and once again accused Russia of military presence in Donbass. The Ukrainian foreign ministry said the incident was “a provocation organized by the Kremlin.”