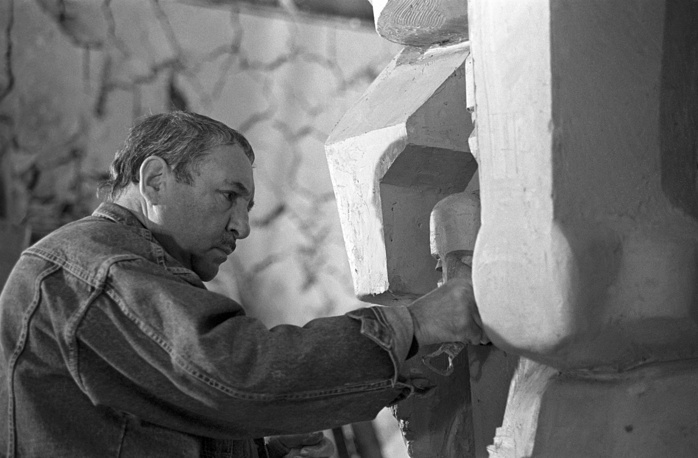 Renowned Russian-American sculptor Ernst Neizvestny died in New York on Tuesday at the age of 91, his friend Jeff Bliumis told Tass. “He died today, early in the morning,” he said.

Jeff Bliumis said the sculptor died at Stony Brook hospital where he been hospitalized with severe stomach pains.

“It was much unexpected, he felt well two days ago,” he went on. He said sculptor’s relatives were undecided at the moment as to where he would be buried.

Ernst Neizvestny was born in the Russian Urals city of Sverdlovsk (now Yekaterinburg) on April 9, 1925. He was a veteran of the Great Patriotic War, the 1941-1945 Soviet campaign against Nazi Germany, and holder of the Order of the Red Star.

After the war, he for some time taught technical drawing at Suvorov Military School in Sverdlovsk. He studied at the Art Academy in Riga, Latvia, and graduated from Moscow’s Surikov Art Institute.

In 1976, Neizvestny emigrated from the Soviet Union and lived and worked in the US since 1977. The Ernst Neizvestny Museum opened in his home city of Yekaterinburg two years ago. His pieces of art can be found in museums and cities across the globe.