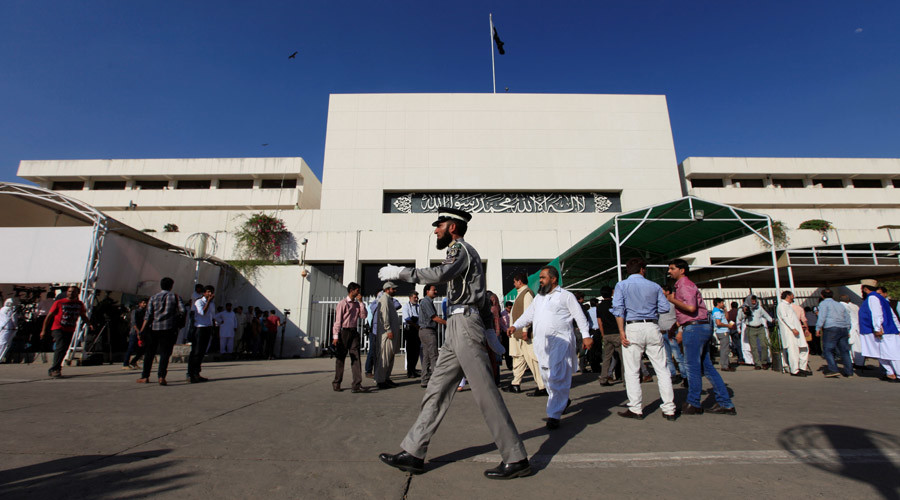 American Matthew Barrett had already been arrested and deported from Pakistan in 2011 on espionage charges. However, it seems Barrett enjoyed his trip the first time, so he decided to come back for a repeat visit.

According to The Dawn newspaper, officials with Pakistan’s Federal Investigation Agency said the suspect was arrested at a guesthouse in Islamabad – hours after immigration officials at the nearest international airport in Rawalpindi had mistakenly granted him entry.

The Interior Minister Chaudhry Nisar Ali Khan has ordered an inquiry into the visa mistake. An immigration official has been arrested, and the assistant director for the Federal Investigation Agency (FIA) has been suspended from duty.

In 2011, the blacklisted American was caught overstaying his visa. During an investigation, he was also charged under Section 123 of the Pakistani Penal Code, which implies ‘concealing with intent to facilitate design to wage war.’

The authorities then claimed that Barrett had been caught in a high-security zone restricted to civilians. They also say they found him in the possession of maps and photographs.

After being deported, he was barred from re-entering the country. Barrett had claimed he had been living in Pakistan for three years along with his wife and two children.

The US embassy in the Pakistani capital said it was not at liberty to discuss further details of Barrett’s case under the Privacy Act, which forbids the disclosure of information about an American citizen without prior consent.