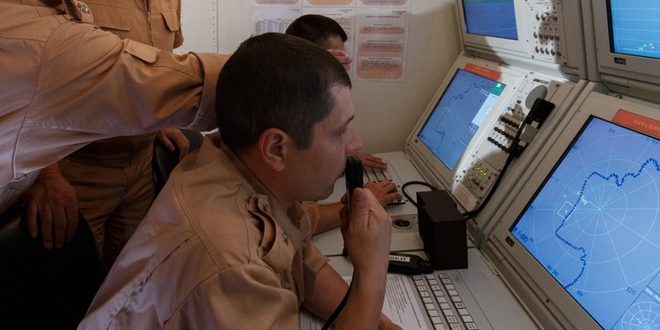 Eight more breaches of the cessation of hostilities agreement observed

The cessation of hostilities agreement was breached eight more times by terrorist groups in the past 24 hours, raising the total number of breaches to 936 since the agreement came into effect on 27 February, the Russian center monitoring the agreement said on Saturday.

The center stressed that Jabhat al-Nusra and ISIS terrorist organizations continue their attempts to sabotage the agreement, asserting that the so-called Jaish al-Islam terrorist organization targeted with mortar shells and rocket launcher the towns of Hawsh Nasri, al-Nashabiyeh, Douma, Hteitet al-Jarash and Harasta in Damascus
Countryside, in addition to Joubar neighborhood in Damascus city.

In Aleppo province, the statement said that terrorists targeted a number of areas and
residential neighborhoods in the city, including al-Ansar neighborhood and al-Liramoun area, while the so-called Ahrar al-Sham terrorist organization targeted with mortar and rocket shells Touma area in Lattakia province .

The cessation of hostilities agreement does not include ISIS, Jabhat al-Nusra and other groups defined as terrorist organizations by the UN Security Council.