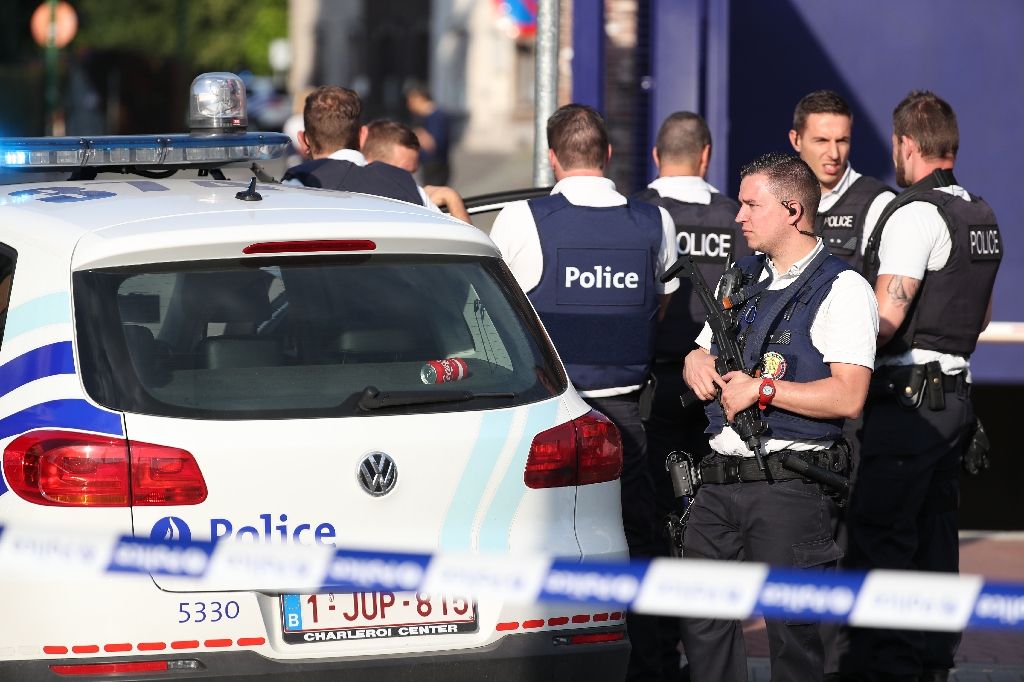 A machete-wielding man who attacked and wounded two policewomen in Belgium was an Algerian national who had “a criminal record but was not known for terrorism,” prosecutors said today.

The 33-year-old attacker, identified by the initials K.B., had been living in Belgium since 2012, the federal prosecutor’s office said in a statement.

The Islamic State (IS) group claimed responsibility for the attack, the IS-linked Amaq Agency said in a report monitored in Beirut.

The two officers survived the attack but the assailant was shot dead by a third policewoman.

The incident took place on Saturday outside the main police station in the city of Charleroi, around 60 kilometres (40 miles) south of Brussels.

Two searches have been made in the neighbourhood, the prosecutor’s statement said.

The local prosecutor in Charleroi handed the case to the federal prosecutor “as there are indications that the attack could have been inspired by terrorist motives,” it said.

“An examining magistrate specialising in terrorism has been named” for the investigation, it said.

Belgian investigators said late Saturday the assailant cried “Allahu Akbar” (God is greatest) as he carried out the attack.

Quoting an unidentified source, Amaq described him as a “soldier” who acted “in response to calls to target citizens” of countries in the US-led coalition bombing IS in Syria and Iraq.