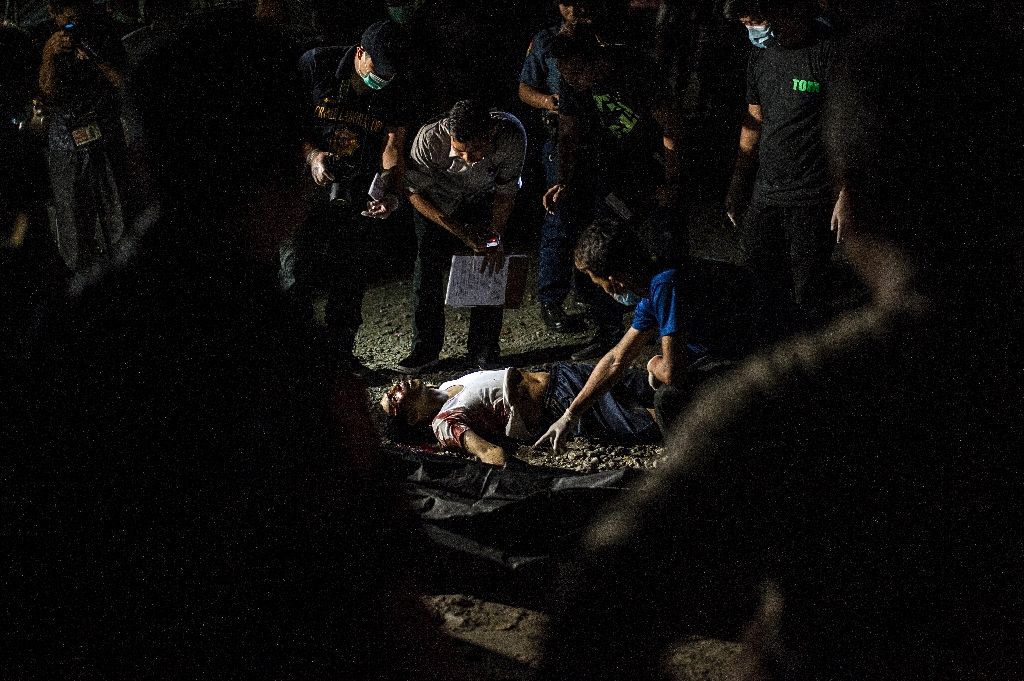 Philippine President Rodrigo Duterte has vowed to maintain his “shoot-to-kill” order against drug dealers while in office and says he “does not care about human rights”. He said government officials who use their positions to engage in a trade that wrecks the lives of many Filipinos were first on his list.

“This campaign (of) shoot-to-kill will remain until the last day of my term if I’m still alive by then,” the 71-year-old said at a news conference in his southern hometown of Davao.

“I don’t care about human rights, believe me,” he said, according to official transcripts released by the presidential palace today.

About 800 people have been killed since Duterte won a landslide election in May, according to reports by the local press which has been tracking the maverick politician’s campaign pledge to kill tens of thousands of criminals.

Duterte said he was also offering soldiers and police his “official and personal guarantee” of immunity from prosecution for killings undertaken in the performance of their duties.

The president dismissed critics’ suggestions some of the 402 suspects whose killings have been acknowledged by the police were “salvaged”, the local police term for summary execution.

Hundreds of others have been killed by suspected vigilantes, according to unofficial tallies by local newspapers and television networks.

The UN anti-drugs office on Wednesday joined international rights organisations in condemning the rash of killings.

“The United Nations Office on Drugs and Crime remains greatly concerned by the reports of extrajudicial killing of suspected drug dealers and users in the Philippines,” its executive director Yury Fedotov said in a statement.

“I join the United Nations secretary general in condemning the apparent endorsement of extrajudicial killing, which is illegal and a breach of fundamental rights and freedoms,” Fedotov added.

“These NGOs (non-governmental organisations) that are complaining to the United Nations, this is none of their business,” Duterte retorted. “I’m waging a war. I am now invoking the articles of war.”

Duterte said he had no fear the anti-crime campaign would cause his impeachment and removal from office.

“The Filipino is crying for justice” from crimes committed by drug dependents, he said.

Police say more than 500,000 people have surrendered to the local authorities and pledged to stop using illegal drugs.