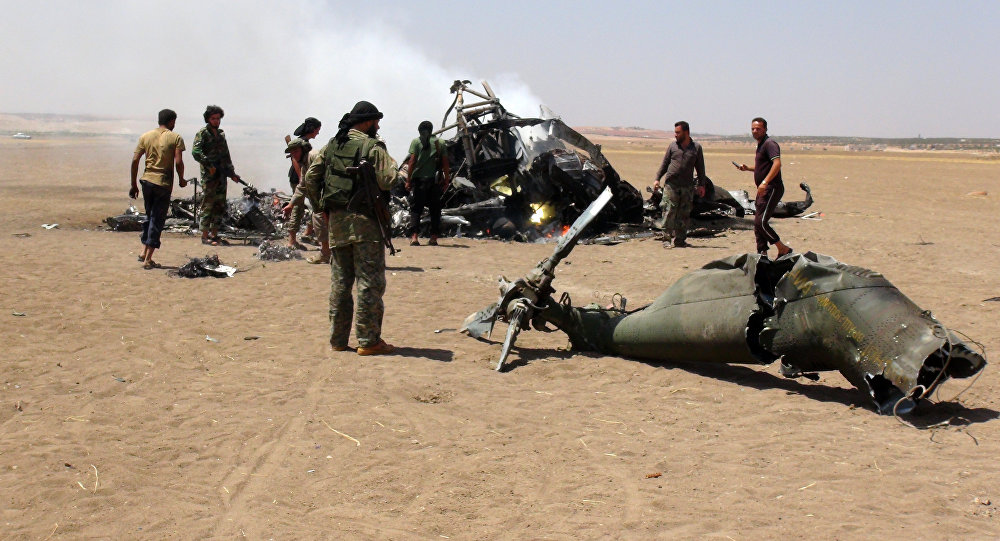 The bodies of the crew from the Russian Mi-8 helicopter downed in Syria are held by the Jabhat Fatah al Sham group (previously known as Nusra Front, banned in Russia) in southeastern Aleppo region, a source close to the Aleppo militia command today.

“The Russians’ bodies are with the Nusra Front…two or three bodies are held by the terrorists,” the source told RIA Novosti.

The Mi-8 tragedy took place in the neighboring province of Idlib that has been controlled by the Army of Conquest (Jaish al-Fatah), an umbrella organization that includes al-Nusra Front, Ahrar al-Sham and other Syrian rebels who are fighting to overthrow President Bashar al-Assad and establish a caliphate.

Russia launched its humanitarian operation in Aleppo on July 28. Three humanitarian corridors were opened in the city surrounded by Damascus-led forces, but held by radical groups. Moscow has pledged to deliver food and provide medical assistance to locals. Approximately 14 tons of humanitarian aid were delivered in the first three days of the operation.