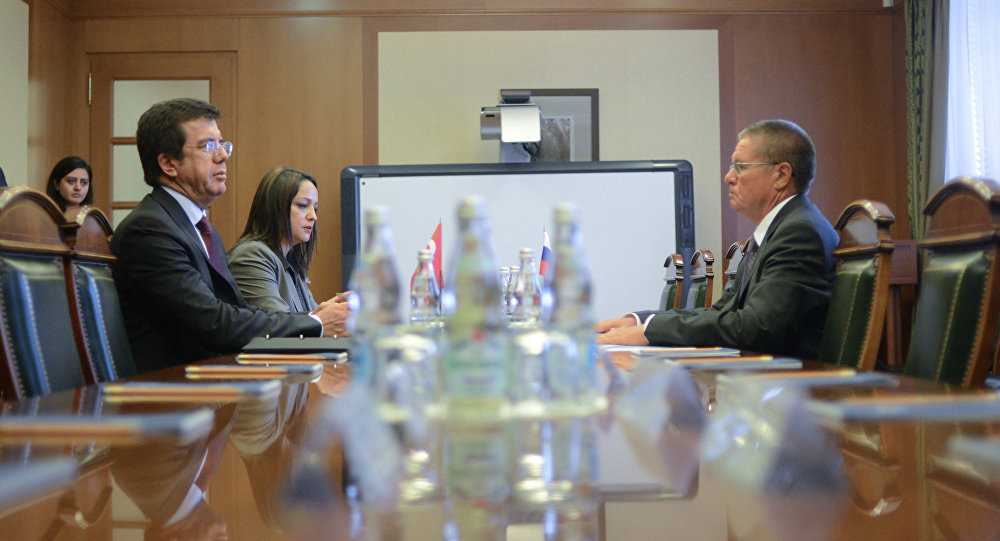 Ankara and Moscow ended seven months of tensions in late June when Kremlin spokesman Dmitry Peskov said that Turkish President Recep Tayyip Erdogan had written a letter to Russian President Vladimir Putin, apologizing for the downing of a Russian Su-24 attack aircraft by a Turkish jet in November 2015 over Syria and extending his condolences to the family of the pilot killed in the incident.

By apologizing for the incident, Ankara fulfilled Moscow’s condition for restoring thelong-term partnership between the two countries. Putin subsequently lifted the ban on charter flights to Turkey and instructed the government to negotiate a revival of trade with Ankara.

On July 22, Russian Prime Minister Dmitry Medvedev signed a decree on the restoring of the Russian-Turkish economic cooperation commission’s work. Moscow is bringing back the talks with Turkey regarding a program of bilateral cooperation until 2020.

The Russian-Turkish Intergovernmental Commission on Trade and Economic Cooperationresumed its work after the July 22 decree, and consultations on the Agreement on Trade in Services and Investments and the Middle-term program for economic, trade, scientific, technical and cultural cooperation for 2016-2019 also started. Zeybekci and Ulyukayev held their first meeting on July 26, agreeing to complete consultations by August 5-6.

On the same day, Zeybekci said that he planned to meet his Russian counterpart on August 6 and that the two will hold bilateral meetings every three months after that.

The ministerial meeting is expected to finalize talks on restoring Russian-Turkish economic ties that begun on July 22, with the Russian Economic Development Ministry set to report to Russian President Vladimir Putin by Tuesday.

On July 27, Russia’s First Deputy Economic Minister Alexey Likhachev said that the final meeting would take place on August 5-6, with the steps agreed on by the sides to be reported to Putin on August 9. On the same day, Putin and Erdogan will meet in St. Petersburg and plan to resolve any issues left unsettled by the ministers.

Zeybekci stated the next intergovernmental commission session would be held sometime in October in Turkey, and hailed the latest visit of his delegation to Russia as productive and successful.

Investment, trade liberalization and energy cooperation are the key areas being discussed by the two sides. Russia and Turkey resumed talks on a joint investment fund and a medium-term cooperation program immediately after the previous ministerial meeting. The Turkish Stream gas pipeline project, designed to bring Russian gas into Turkey and Southern Europe via the Black Sea, suspended in November, is also high up on the agenda.

The sides will also finalize plans to gradually lift restrictions on agricultural product imports from Turkey to Russia, which were under an almost total ban during the months of strained relations. Turkish officials have expressed hope for the country’s agricultural products making a quick return to the Russian market after the restrictions are lifted.

Consultations on the agricultural ban have so far been successful. Turkish Agriculture Minister Faruk Celik earlier said that the Turkish Ministry of Food, Agriculture and Livestock would send a second delegation to Moscow in early August, stressing that the talks had been mostly positive even if not all existing problems could be solved immediately.

The return of Turkish firms, mostly excluded from Russia in the wake of November’s events, will also be negotiated as the two countries’ relevant official departments have carried out the respective work since the last ministerial meeting.