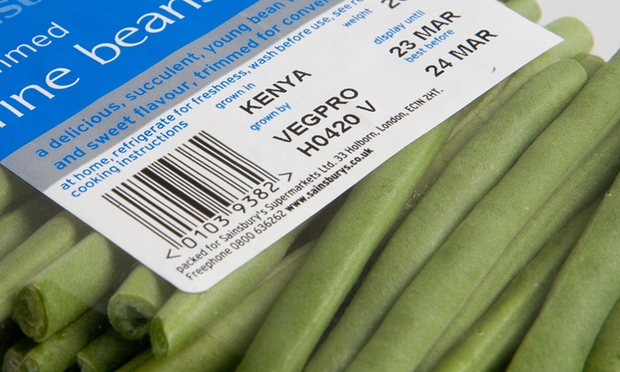 Brexit could mean UK gets more fruit and vegetables from Africa

Consumers in the UK could see a rise in fruit, vegetables and other produce coming from Africa following the UK’s vote to leave the EU, according to a survey of retailers.

The EU is currently the main source of food imports to the UK, with EU member states making up nine out of 10 of the biggest importers. But about one-third of UK retailers now say they are considering sourcing from a different country and 38% expect to see more produce sourced from Africa.

Potential changes to EU tariffs, the falling value of sterling, and attempts to reduce costs by sourcing outside Europe were listed as factors behind any change, in the survey published by Barclays this week.

The UK has become increasingly reliant on imports of fruit and vegetables over the past two decades, with a self-sufficiency rate [pdf] of just 58% in vegetables and 11% in fruit. This has been driven in part by large increases in imports of non-native foods to the UK, such as pineapples, melons and avocados.

Even before the UK’s vote to leave the EU, this deficit and consumer trends had opened up opportunities for African exports. South Africa is the second biggest source of fresh fruit to the UK after Spain, and citrus growers there haveexpressed hope that the UK decision to exit the EU could see an end to tariffs on imports.

Future beneficiaries could also include Kenya, with the UK already accounting fora quarter of fresh produce exports from the country, including beans, peas and cut flowers, and more than half of tea exports.

In the most recently available data from 2015, Spain and the Netherlandsaccounted for almost 70% of fresh vegetable imports to the UK [pdf]. Even a slight shift to Kenya could be a significant boost to the country’s economic growth, with the agricultural sector making up 65% of its total exports.

UK supermarkets contacted said it was too early to say what the impact of Brexit would be, but the British Retail Consortium (BRC) warned there was a danger that the cost of EU imports might increase following Brexit if the government applied customs duties.

“This might help explain why many of those surveyed anticipate a reduction in the amount they source from the EU,” said Ray Symons, head of EU and international affairs at the BRC.

However, if retailers do look to increase imports from Africa or anywhere else, he added, the suppliers and the produce would still need to meet retailers’ standards on responsible sourcing.

“Our work on responsible sourcing covers product areas as diverse as soya and palm oil, textiles and clothing, seafood and conflict minerals. In all of these areas and more we shall pursue a reduction in the economic barriers to trade, ie customs duties, but we shall also support a strong regulatory environment that ensures that the goods we source are both safe and responsibly produced,” said Symons.