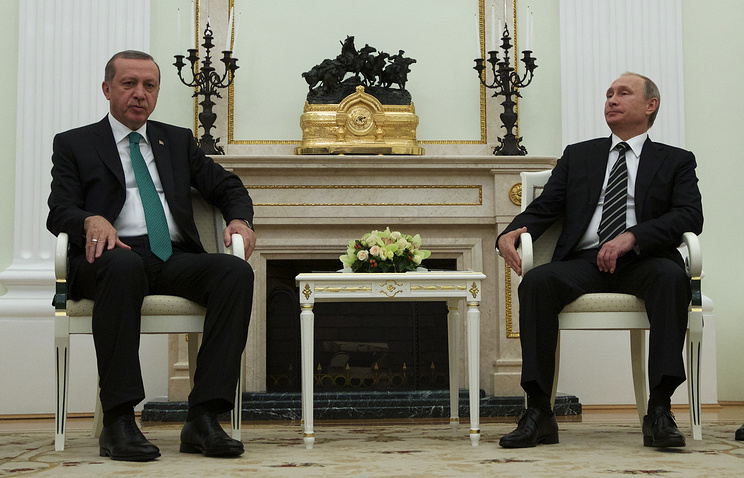 “There will be a serious exchange of views on how, at what pace and in what sequence we will deal with the restoration of our relations,” he said.

“The agenda is easily predictable,” Peskov said. “Prior to the well-known incident with the Russian warplane (shot down by the Turkish Air Force last November – TASS) Russia and Turkey enjoyed partnership relations. Work was underway on an entire range of issues related to trade, economic and investment cooperation, there was intense political dialogue.”

The Kremlin spokesman added that the two leaders will also discuss regional issues, including the situation in Syria. “It’s safe to predict that there will be a detailed exchange of views on regional problems, including Syria,” he said.