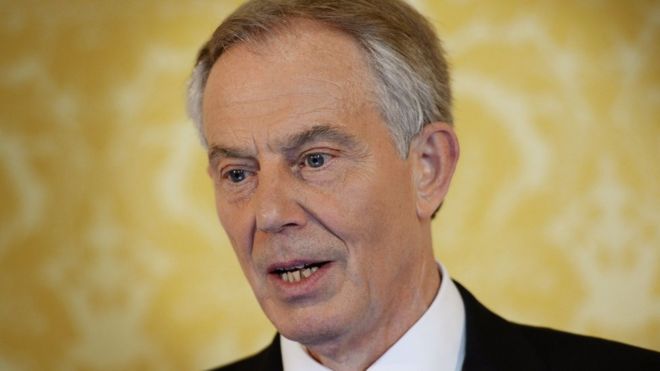 An online campaign to fund possible legal action against former Prime Minister Tony Blair and other officials has reached its target of £150,000.

The campaign was launched on 19 July by the Iraq War Families Campaign Group, which is made up of relatives of British troops killed in the conflict. It aimed to reach that amount to “bring to justice those responsible for the war and the deaths of our loved ones”.

The campaign was led by Reg Keys and Roger Bacon, who lost sons in Iraq. The funding bid began after the publication last month of the long-awaited report by Sir John Chilcot into the 2003 invasion.

The campaign group initially aimed to reach £50,000 via crowdfunding, but extended its target after raising that figure in nine hours on the CrowdJustice website. It has now received enough backing to fund the whole campaign.

Mr Keys and Mr Bacon said in a statement: “This is great proof of the underlying support from the British people in our quest for answers and for justice.”It is startling and humbling at the same time.”

The money raised will allow the group’s lawyers, McCue and Partners – currently working free of charge – to analyse the 2.6 million-word report by Sir John and prepare “a comprehensive opinion approved by expert senior counsel”.

This would provide guidance on whether legal action against key people involved in the invasion of Iraq would succeed or not.

The Chilcot report did not make any findings on whether individuals acted unlawfully.

However, it rejected the legal basis for UK military action, and said then-prime minister Mr Blair overstated the threat posed by then-President of Iraq Saddam Hussein and sent ill-prepared troops into battle.

Mr Blair has apologised for any mistakes made, but not the decision to go to war itself.

A total of 179 British service personnel were killed in Iraq between 2003 and 2009, when British troops left Iraqi soil.

Tens of thousands of Iraqi civilians died over the period, though estimates vary considerably.