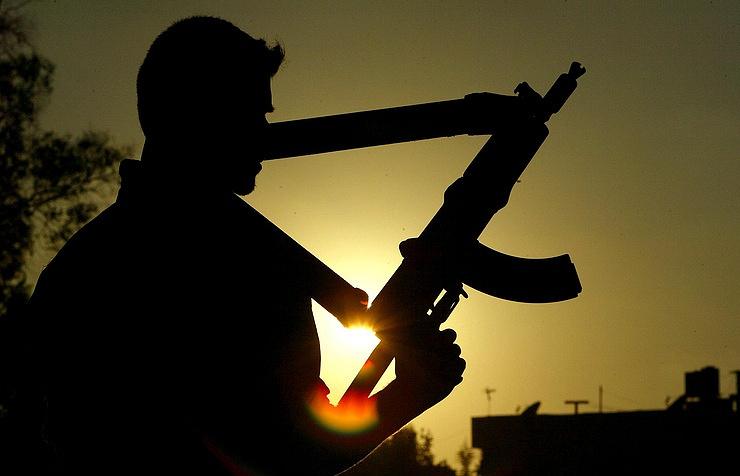 Washington’s and its allies’ turning a blind eye on the crimes of Syria’s so-called ‘opposition,’ including the use of poisonous substances against living quarters, devaluates Western diplomat’s calls for stopping bloodshed in that country, Maria Zakharova wrote on her Facebook account today.

Chief of Russia’s center for reconciliation of the warring parties in Syria Sergei Chvarkov said earlier that in the eastern districts of the city of Aleppo, poisonous substances were used at a living quarte controlled by the Harakat Nour al-Din al-Zenki group which is affiliated with the so-called moderate opposition by the United States.

As a result of this terrorist attack, seven people died and more than 20 were evacuated to Aleppo’s hospitals with suffocation and inhalation burns.

Responsibility for this crime against civilian population rests with the “moderate” group Harakat Nour al-Din al-Zenki, which has been accused of numerous murders of children and women in Aleppo more than once, Zakharova stressed.

“These beasts who used poisonous substances against civilians are supported by the United State,” she wrote.

The Russian reconciliation center has informed the U.S. side about the incident, she noted.

Not the first tragedy

“But, regrettably, it was not the only tragedy which the Washington-backed ‘moderate’ opposition is involved in,” the Russian diplomat noted. “It is yet another example. Armed groups of the Syrian Democratic Forces have actually blocked the city of Membij in the province of Aleppo. Moreover, militants of this ‘opposition’ group are conducting combat operations in the city’s living quarters causing numerous casualties among civilians.”

And in the meantime, according to Zakharova, the U.S. air forces and the U.S.-led coalition, which support the Syrian Democratic Forces, are delivering air strikes at the city’s districts rather than at concrete Islamic State facilities.

No negotiations are conducted with armed groups blocked in that city, she stressed. “It entails more loss of life among civilians,” she underscored.

“The only episode of civilians’ exodus from Membij on July 19, 2016 was marred by an incident when a refugee column came under air strike hurting about 200 people,” Zakharova said. “No preventive steps are being taken by the United States and the Syrian Democratic Forces to avoid human deaths.”

Truth in the media

If the Western partners, first of all in Washington, keep on turning a blind eye on these facts, “any talks on ‘stopping bloodshed in Syria’ will be simply absurd,” the Russian foreign ministry spokeswoman noted. “I hope that the Western mass media (all of them, not only Mathew Lee) find enough courage to write about crimes committed by the ‘moderate’ opposition and their sources of financing. My words are addressed to you, The New York Time, Le Figaro, Bild, and to all who regularly cites the London-based Syrian Observatory for Human Rights.”

“Especially to Bild, which has declared a boycott only to news about achievements of the Russian team at the Rio Olympics. I hope the tabloid finds room for a couple of paragraphs about atrocities of the ‘moderate opposition’ in Syria. A couple of passages of truth has never hurt anyone yet,” Zakharova underscored.