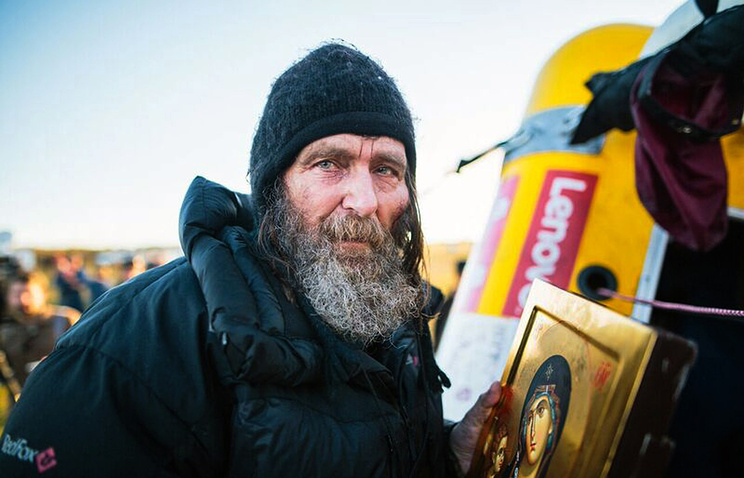 The famed Russian traveler, Fyodor Konyukhov, who has just returned to Moscow from Australia after his daring eleven-day round-the-world solo balloon flight, said on Monday his immediate plans are to descend into the Mariana Trench, the deepest part of the world’s ocean, and to ascend into the stratosphere, to an altitude of five kilometers.

“The next big expeditions will be to ascend into the upper atmosphere to an altitude of five kilometers and to dive into the Mariana Trench to a depth of 11 kilometers,” Konuykov told reporters upon arrival from Australia to Moscow’s Domodedovo airport.

Konyukhov’s Morton balloon took off from Northam, Western Australia, at 07:30 local time (02:30 Moscow time) on July 12. The air vessel crossed non-stop Australia, the Pacific Ocean, South America, the Atlantic Ocean, flew past Cape of Good Hope and the Indian Ocean to finish in Australia. On July 23, Konyukhov’s balloon reached the Northam meridian (116°39’58″E) from where he started in the wee hours of July 12, thus setting yet another record, the fastest round-the-globe balloon flight ever.

Moreover, Konyukov has become the first ever balloonist to make a round-the-globe flight on the first try.