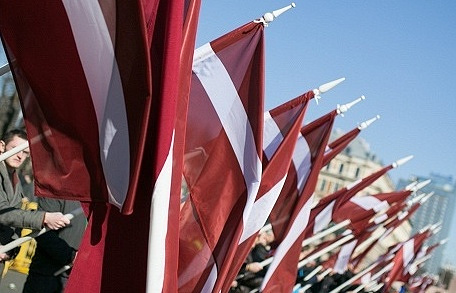 Russia and Latvia will begin in the near future restoration of their inter-governmental contacts, Russian Deputy Prime Minister Arkady Dvorkovich told reporters on Tuesday after an informal meeting with the Chairman of the City Council of Riga (Mayor), Nil Ushakov.

“We agreed with Mr. Mayor (of Riga) and colleagues in the Latvian government to begin in the near future the restoration of contacts between the officials, at the level of the intergovernmental commission in order to make our relations positive and achieve greater mutual understanding on many most difficult issues,” he said.

He also expressed the hope for the strengthening of cooperation between the capitals of the two states.

“We would like to restore in Moscow the Rizhsky Dvorik (Riga Yard) store, which the Muscovites were very fond of. We’ll discuss this topic at a meeting with the Latvian agriculture minister, so that to put certain products on sale in Moscow in the near future. We believe that it is necessary to develop relations between Russia and Latvia,” Dvorkovich said.

Earlier, Russian Ambassador to Latvia Alexander Veshnyakov told TASS in an interview that Russia and Latvia “maintain working contacts at the level of a number of ministries and departments, including between their customs and border guard services,” and expressed regret that Riga has “actually excluded the possibility of high-level meetings.” At the same time, according to the diplomat, the work continues at the level of departments of the Russian and Latvian foreign ministries.

The Russian-Latvian Intergovernmental Commission on Economic, Scientific, Technical, Humanitarian and Cultural Cooperation last met (it was its sixth meeting) in Moscow on November 21, 2013.