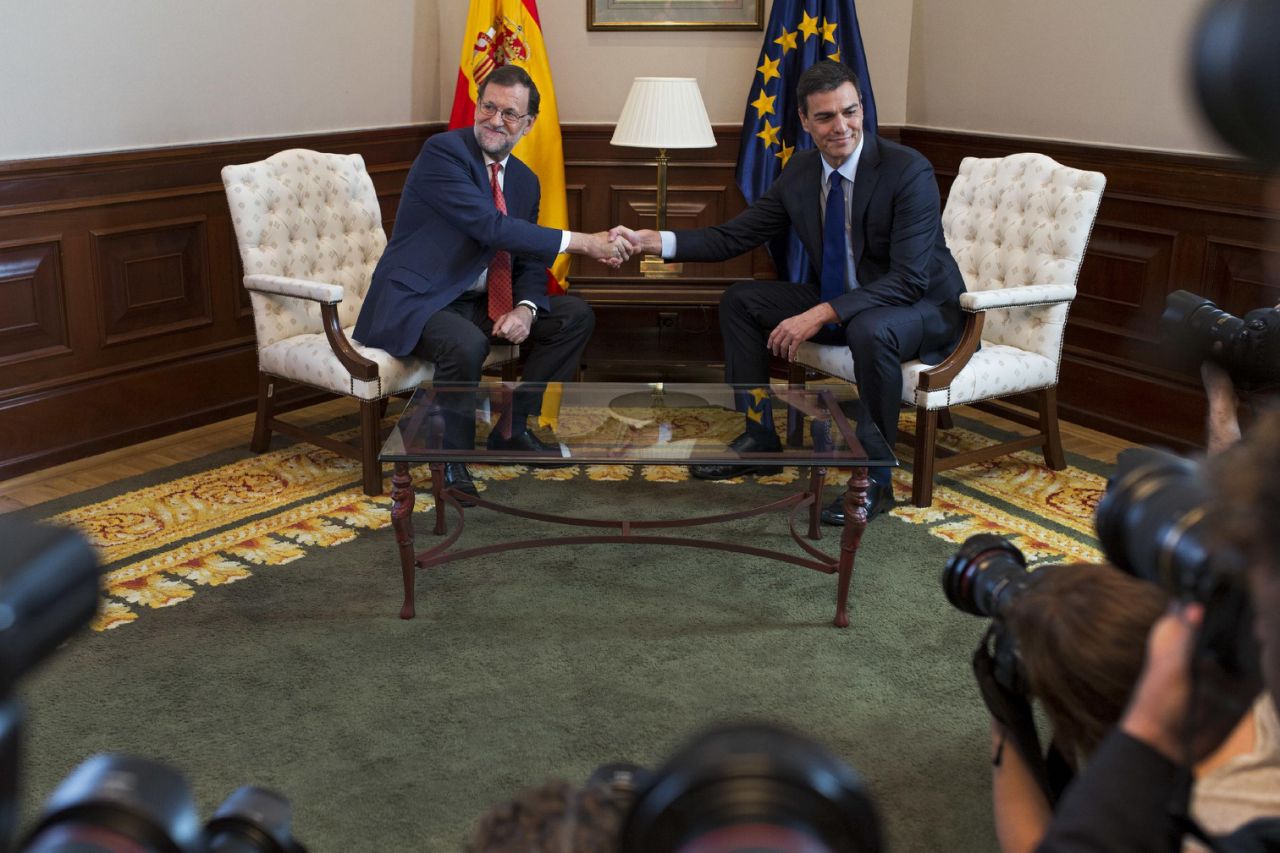 The leader of Spain’s biggest opposition party today snubbed an approach from acting Prime Minister Mariano Rajoy to create a “grand coalition” that would govern the country and end seven months of political deadlock.

Rajoy’s conservative Popular Party collected most votes in an unprecedented repeat election in June but fell short of a majority in Parliament and needs other parties’ support to take power.

Pedro Sanchez, leader of the center-left Socialist Party which came second in the ballot, said after meeting with Rajoy he can’t endorse Popular Party policies that cut public services and reduce welfare payments.

“We’re an alternative to the Popular Party. We can’t support what we want to change,” Sanchez told reporters after the meeting.

Spaniards first voted in a scheduled general election last December but the outcome was inconclusive, as it was in June. Spain faces a possible third election this fall if cross-party negotiations fail.

After the meeting, Rajoy urged Sanchez to compromise. “I think it is possible — necessary — to reach some kind of understanding,” Rajoy told reporters.

He added: “If the Socialists keep saying no, we’ll be holding new elections.”

Rajoy is due to meet with the leaders of other parties later this week, but none of his political rivals has given signs they are willing to govern with him.

Spain has never had a coalition government.